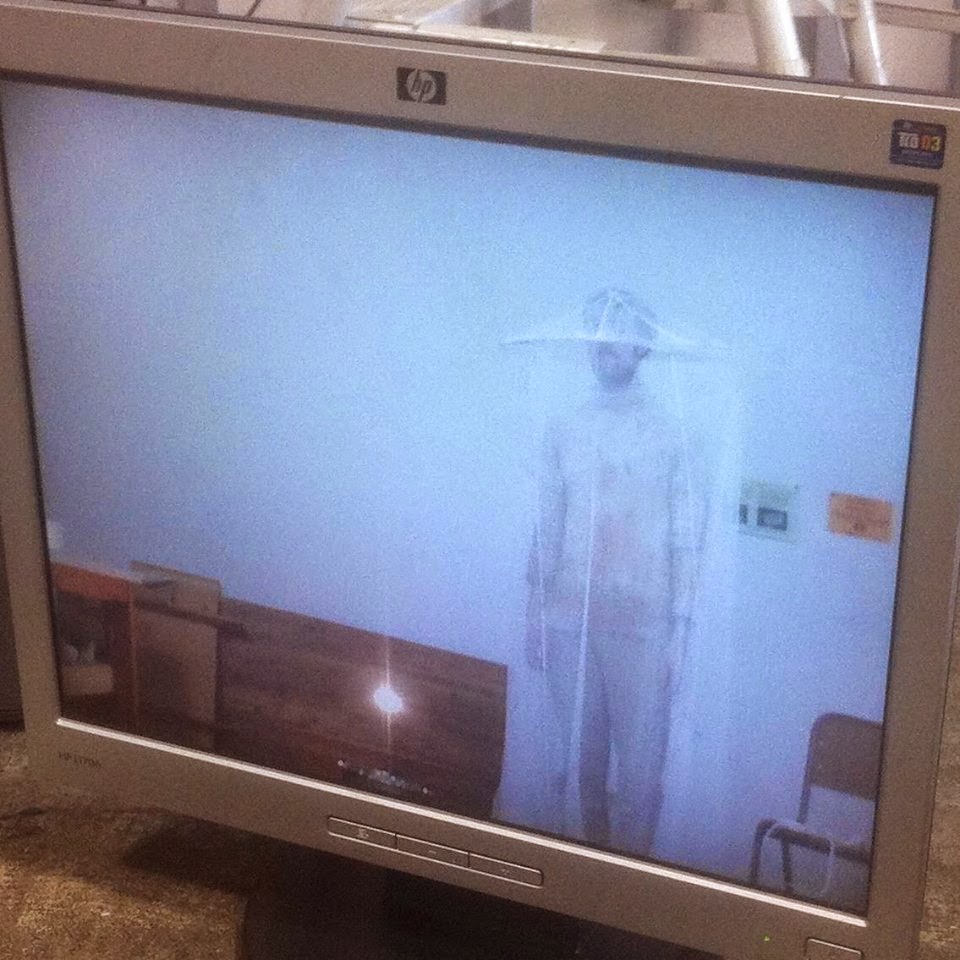 I spoke about High And Mighty, Melbourne's resident genius weirdo Orlando Furious' new tape (out through Cinnamon Records), briefly when vibing out on his 'Fresh' video. But I really think High and Mighty needs more recognition.

I'll start with 'Dogs' the last song on side A. Why? Because I can't figure out if Orlando is doing some weird British Caribbean quasi accent. Because when he says 'Who gave me constables?' it sounds like he is saying cunts. Because when he says 'Who gave me dogs from the east?' he immediately ratifies the statement by saying 'Obviously I'm not being serious but, like, who told me about the dogs from the east?' Will the brain be expected to fail? The songs winds down with warped voices echoing over Orlando, the oxygen being weaned, stolen, suppressed, expunged. The static beats maintaining a narcotic pulse until it becomes erratic, then stops. It's kinda dumb, but also kinda genius. And that is High and Mighty, and indeed Orlando Furious, to a tee. The aberrant yet charismatic vocal rants are at once absurdist, nonsensical and rapturous. His is an addictive presence. The slightly sinister beats/rhythms (which are great all the way through High and Mighty, by the way) of 'Assets' propels the forever-on-the-verge-of-a-breakdown vocal stressings of Orlando to a plateau where he overlooks us all - as he is no coward, no drifter - he is 'the master'. Hot tamales, anyone?

Even when 'Peace' is nothing but a coalescing disturbance, a tape-loop explosion, it falls into a VHS vortex of Korine-like despair and gurning grotesqueries. And hearing 'Fresh' as the closing statement rather than on its own, it underscores my initial correlation with Liars - but I feel like this is more truly 'experimental', pushing aural, lyrical and physical barriers rather than setting the quirk flag in weird yet nonetheless familiar territory (and I love Liars). This stuff will always be an acquired taste for many - but Orlando, give me your 'Porkrawl' any day of the fucked-up week.

Dissolve yourself in High and Mighty here. Orlando Furious' next hit is supporting Old Mate launch their excellent LP It Is What It Is this Saturday at The Tote in Melbourne (also with Cool Sounds) - get there early if you know what's good for you.
Posted by Brendan T