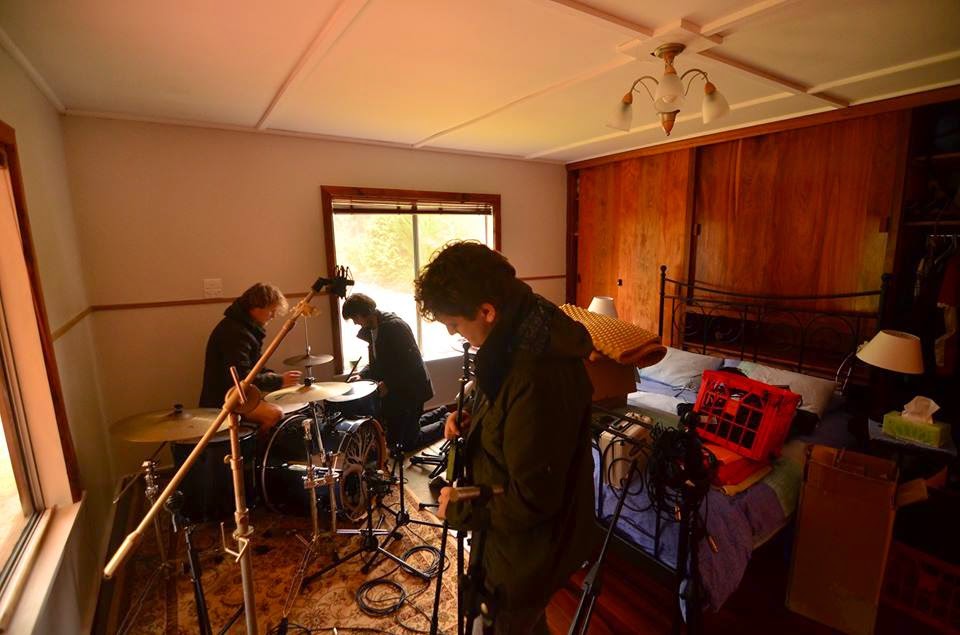 Wollongong rabble rousers Beast & Flood came across my radar late last year, their ramshackle and angular take on indie rock striking a chord. They supported Roku Music when they played at Blackwire Records on their national tour (also joined by the legendary Sounds Like Sunset) and really impressed. They are more akin to another of the Sonic Masala stable, Tape/Off, in their propensity to infuse sunshine and stupidity into serrated off-kilter guitar pop shenanigans, a noisy melange of desperation and elation. Other bands such as Adelaide's Sincerely, Grizzly mine these Pavement-via-woodchipper depths, and I wish there were plenty more.

'All Singing, All Dancing' is the most atonal yet sonorous I've heard the trio on record, and to balance such a disparate act is a hard task. OK, so there were some bands in the late 90s/early 00s in Australia that did similar tricks - but if you are mentioning names such as Gaslight Radio or Bluebottle Kiss, that is an inherently great comparison to make. The toy-effect underlay reminds me of the former; the unhinged march through the early stages of the latter. All up, 'All Singing, All Dancing' makes me happy to yell out the window of my south London flat in the waning hours of oncoming winter at bewildered pedestrians who aren't accustomed to any outside interaction other than jostling, dog-eat-dog arseholery (and the more-than-occasional eccentric) - so all boxes have been ticked in bold red.

The trio support the excellent Yes I'm Leaving on their Slow Release tour at the Imperial Hotel in Sydney 24th October - get yourselves along to that.
Posted by Brendan T