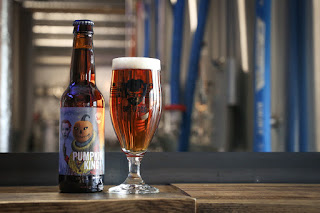 Last post of the year! Time to down tools and get drinking. So here are ten final releases I missed in the latter stages of '15 that really are special... 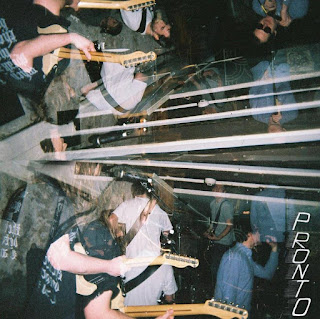 Pronto are a Melbourne powerhouse that somehow manage to remain under the radar. Their first album of last year was rad - now Slovenly Records has picked up their second, dual-self-monikered record, and it is more of the same raucous garage punk with Sharpie/pub rock flourishes. 'No Balance' is more eye-gouging reckless than evident of flair - very inner Melbourne gutter swillers, then (an infinite compliment of course). Listening to 'Animal', however, and I get a rush as if listening to Coloured Balls - and a tear in the eye, cos I reckon Stevie Wright of the Easybeats woulda loved these guys. Totally unheralded (in my opinion), Pronto should be in everyone's record collection - get on this before the countdown begins tonight. 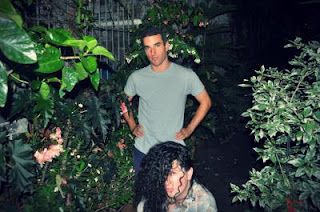 Us The Band hail from Sydney, and are linked with Rice Is Nice. I hadn't heard of them until last week - they are definitely slaying with grandstand party noise a la DZ Deathrays, with a slathering of Cloud Nothings aggression. They are impressing the likes of FatCat Records and one Henry Rollins, so expect a massive 2016 from the two-piece (yep, all from just two dudes - it shouldn't be a surprise anymore, really!) 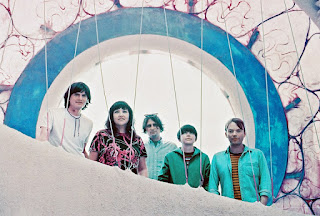 How I missed this one is beyond me, seeing as good mate Leigh is such a big fan too. The Mantles released a new record in All Odds End. Along with Salad Boys' Metalmania, which I mentioned yesterday, had I known this was out earlier this would have been in my top 20 releases of the year (I guess that means it's been extended to 22?). Ten tracks of tempered temporal guitar pop ecstasy.

if you are a fan of Thrill Jockey Records and/or Wrekmeister Harmonies, you would already be all over Night Of Your Ascension. A year long work with thirty-odd musicians coming through the carousel, joining JR Robinson on his endless journey into the bucolic Gothic night. People like Marissa Nadler, Bitchin Bajas/Cave-man Cooper Crain and Alexander Hack are here, but there isn't any true touchstone. There is so much happening here, that a couple of listens hasn't done it justice. I will have to wait until my partner is out of the house to fully submerge in this primordial excursion, but suffice to say it calls to me - and you. 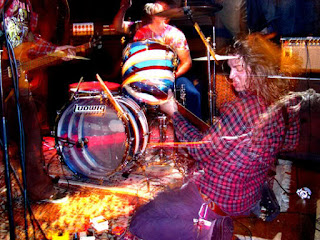 California and psych music tends to sprawl, invite the sun right in. Santa Cruz' Mammatus aren't all that different. Their new double LP is called Sparkling Waters, the cover art is a wave crashing over rocks under a crystal blue sky, and the first 22 minute odyssey, 'Sparkling Waters Part One', starts with a shimmering ambient cascade of chimes and elongated sonorous drone. This is shattered though by some feedback, noodling, freewheeling drums and crunching riffs. The entire song goes in different slipstreams that it is hard to hold onto whatever buzz you are supposed to have - and this is just the first act, there are three more sides to explore! I have a feeling I will be revisiting this more and more as they madness seeps into my pores. 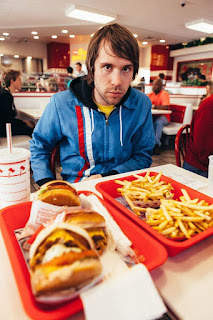 Mike Krol is a layabout garage comedian, dressing in police uniforms and spouting silliness with a delirious stare and gurning grin. He is not hiding any rock credulity though, because Turkey is the real deal - despite singing about taking figurative/literal vengeance on offending exes, bike stealers, cacti, or his garage rock brethren, he does it all with a knowing, spit-flinging nonchalance that belies the incredible hooks embedded within. I am only just getting into this - I actually bought it last night on my way home from the pub - but I can't wait to witness this in action in 2016. 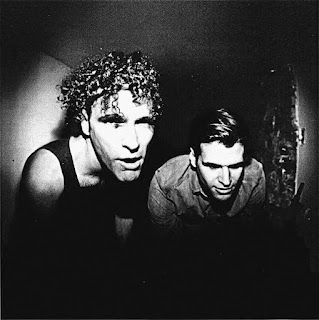 I know nothing of Quebec duo Ponctuation, other than a friend from France had this on at his place over Christmas and it has blown me away. I only found out the band was from Quebec about twenty minutes ago. When listening to it in a haze of pot and red wine, I heard Syd Barrett, Thee Oh Sees, The Soundtrack Of Our Lives, early Strokes, Ty Segall, Tim Presley... La Realite Nous Suffit is so good. And there is only one LP left with the band, so grab it here now! 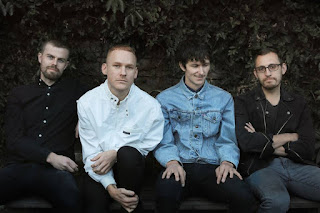 I have been promising to write about It's You, the debut album from Melbourne's Gold Class, for months now. I actually had it pencilled for review with a new writer for Sonic Masala - which fell through. Suffice to say that it is very good - an unabashed Joy Division take on Australian soil, Adam Curley's baritone howl both maudlin and a siren call out into the faceless night. The band is so tight, weaving nimbly from barbed post-punk to shuffling-behind-shutters blues without jarred displacement. Gold Class rule their domain. Favourite tracks - 'Furlong' and 'Athena'. 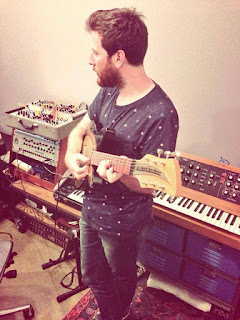 Very little electronic stuff in the last thirty odd releases I've raced through over the past two days - so here is Howl, from London's Rival Consoles (which you can get on delicious red vinyl). Admittedly the gamut of the album has been created using manual instruments over digital hardware, but Ryan West's intent is to swallow you up into the deep silk darkness of his suites, but to pinball you, careen you against the surfaces of his songs, so that you feel them, can touch the cuts and bruises, to truly connect. There are no slipstreams - this is a construct made of solid constructions, so that you find your own pathways, your own hooks to latch on to. An album that keeps on rewarding, shifting minutely depending on time/mood/atmosphere/lighting/hydration levels/inebriation levels... You can tell I really enjoyed Howl. 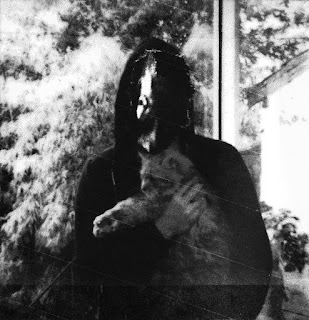 French madman The Dictaphone has, on Hazmat, created a time capsule that should be treated with care. You can tell by the rattling of the box that there are components within actively fighting each other, like the teeth of cogs not truly made for each other, straining, gnashing, pressure rising to breaking point. A post-punk realism is underscored with freewheeling, loose-limbed, barely on the tracks experimental punk flights of fantasy, so that you are never sure what you are actually listening to. Maybe this is a chimera, and once ingested will take its true form, a quivering mass of extraterrestrial psych rock in compact form. Wonderfully weird. 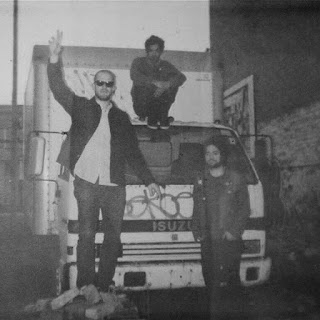 And as we wind out 2015, I thought we could finish with Chicago bad seeds Gross Pointe. Their EP is out now on Hozac Records. It has been a wild and woolly year - some euphoric highs, but more devastating lows. Let's hope there are less bad seeds and we sow more of our own in 2016. Count me out!