A Final Rush Of Cheer Before The Year Ends...#2

Another ten releases that I feel I need to pay lip service to before the year is out (sorry for not offering longer reviews...) 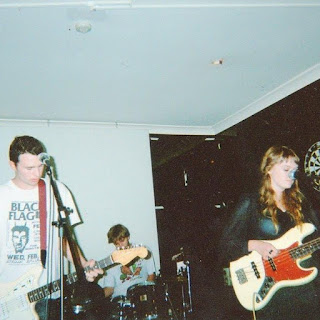 Last week I wrote about Carpet Yankers, the new album from Shrapnel AKA Sam Wilkinson. Another of his bands, Mope City, also have a new record out, Petri Dish (out through Tenth Court). This record was nearly Sonic Masala Records' eighth release - instead we released Wilkinson's OTHER band, Day Ravies' Liminal Zones, so swings and roundabouts. I don't know how he does it, but he surrounds himself with incredible, gelling performers, and every band has its own distinct feel. Petri Dish is a strong foray into laconic, slackjawed indie rock, where melody is omnipresent regardless of the scuzz that sneaks up to scuff the pop constructions meticulously built up. Mope City are a band of opposites - kicking out at and embracing apathy, empathy, cheer and chagrin. They aren't bi-polar so much as realistic - the seesaw of life being ridden with credibility, credulity and more than a lashing of cool. A bloody great album, guys. 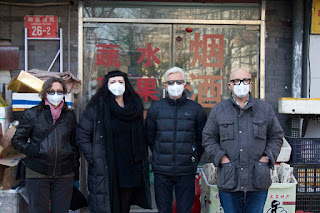 The "resurrection" of Melbourne's incendiary electric punk pioneers Primitive Calculators has been one of awe and abrasion - their album The World Is Fucked was ahead of its time even as it existed in an Australia/Western world that mirrored the dystopian nihilism the quartet have always foretold would lie on the killing floor since the 70s. And now here is I'm Fucked, another 7" that emulates the anger and aggression that you would expect - disco doom. Give up Sleaford Mods, these cyber soothsayers echo our demise in more relatable fashion - and allow us to dance to our graves. 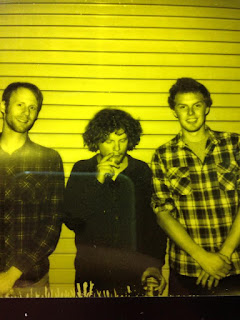 Christchurch slackers Salad Boys seemingly burst out of nowhere to jag a release through Trouble In Mind Records. The resultant album, Metalmania, is frankly one of the most addictive, hook-filled, fun yet accomplished records I have heard this year - it would have been in my top 20 of the year except I only listened to it for the first time two days ago when handed it for Christmas. They are clearly indebted to The Clean - never a bad thing - but listen to 'No Taste Bomber', 'Dream Date' and 'Hit Her And Run' and you realise that these guys are the real fucking deal. 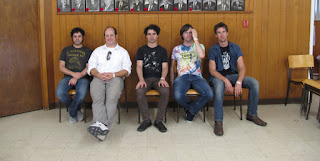 Oneida need no introduction; the Brooklyn wildmen of unwieldy, experimental rock and insane percussion are legends unto themselves. They have just released Positions, a three-track EP through Rocket Recordings that is both furious and furiously fun (seeing as two-thirds of the EP are renditions of other bands' already fucked-up tracks). Opener, This Heat's 'S.P.Q.R.' references ancient Rome (and is also the title of this year's best history novel, by Mary Beard, check it out if you haven't already) and is brutal, propulsive and implosive; the original 'Under Whose Sword' takes the ominous middle road between dronal exultation and atonal oblivion; and 16 minute 'All Data Lost' stretches the source material (from Chrome) into infinite spaces, a blotted miasma of weirdnik noise before a rhythmic mantra kicks into overdrive. Pure Oneida, then. Melbourne's Shards are one band very difficult to get a hold of, despite their unheralded self-titled debut being one of the best Australian releases of last year. Again the band have slipped a release in without notice - Best New Reissue. There is a more tempered, bedroom-issue undercurrent to this release - the cover art hints heavily as much - but their imaginative takes on more traditional pop conventions remain front and centre. Favourite tracks - lyrics and sprawled malaise of the title track and the percolating calm of 'Flurnz'. 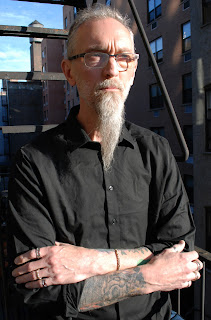 Norman Westberg is a gargantuan figure in the noise rock scene, being guitarist for flayed beast that is Swans. He is also a apocalyptic soundscapist, and on his Room40 release 13 has three tracks of haunting ambient monochrome noise that stretches sanity to its limits (all done through his guitar, mind you...) 'Oops, Wrong Hat' is the most sonorously relatable here, and the most "fun" - 'Frostbite Falls' and 'Bunny Bill' inexorably pull closer to the abyss. In other words, it's mesmerising. 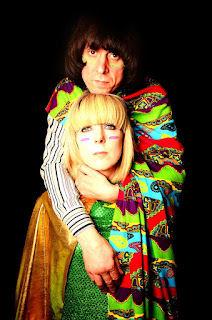 The Lovely Eggs are a couple outta Lancaster who thrash around a lot, make a lot of scrappy punk noise with pop fizz, and love to get on, get loud, and get off. Their 7" is just that sharp, drunk and hook-laden. There is nothing better to do in Lancashire I hear - and The Lovely Eggs do it best. Cult Of The Dead Bird is a Brazilian dude taking time out from his band duties to expand the psych sprawl. I like it best when it gets heavy and dark, like on 'Autumn Mantra', but there are so many variants of seasonal haunts on here that every shadowed corner is a delight to explore. 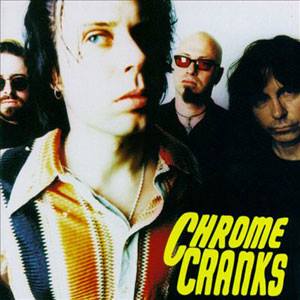 And we can finish off with a more familiar record to some, as Hozac Records re-released New York sleazoids Chrome Cranks' debut LP on its 20th anniversary. I never owned it on the first run around - I barely knew the "real" world twenty years ago - so the dirty bluesy rock and roll squalls that these guys ooze out of their pores suits the year's end pretty well, I reckon.