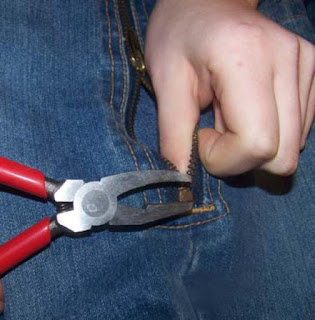 I saw a kid throw a zipper at a teacher today. Their own zipper, at that. Not even the tag - the whole zipper. The kid now has to spend the rest of the day isolated, with a hole in the front of his trousers. One of the craziest things I have ever seen.

And on that note... Let's get some Hits from the Box on! 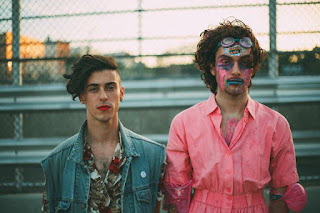 A straight up fit with such shenanigans is PWRBTTM, whose Ugly Cherries LP is a cheeky, sparkling noise pop bliss bomb of a record. The queer punk duo are electric, their brand of guitar rock imbuing their ebullient voice and poignant lyrics with the sonic chaos and buoyant catharsis of the likes of (re)surgent roustabouts Krill, LVL UP and Pile (all Exploding In Sound alumni - of course!). Father/Daughter Records had an uncanny knack of sniffing out some truly inventive gems, but PWR BTTM could very well be their jewel in the crown. 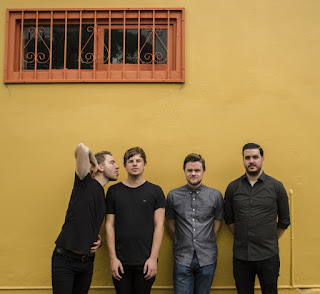 Sad Boy's Club, the new record by Sydney post-rockers Solkyri, actually came out back in April (on my dad's birthday no less), but I have only gotten around to listening to it the past month. From the cover art (sheep clustered together in snow with a rugged, paganesque wooden fence in the background) up, it is an energising, breathtaking experience. Opener 'Team Solar' plays somewhere between very early Explosions In The Sky or Summer-lite Mogwai and the freneticism of And So I Watch You From Afar - and it builds from there. There are plenty of bands floating around Australia that proudly vie for the mantle of the country's best post-rock act - such as The Sea Shall Not Have Them and sleepmakeswaves - yet I think on this evidence Solkyri are right up there. 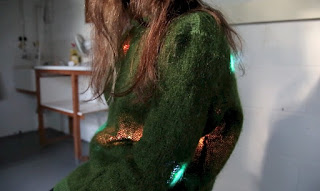 Now for something completely different, we have Fingers In The Gloss, an album of sound compositions by London artist Lisa Busby (also of Rutger Hauser). A bold, defiant mind melt of a pop decomposition, the album espouses finding skewed liminal spaces to drag conventions across, leaving opaque smearings not dissimilar to art pop machinations but also playing well outside those parameters. An intriguing incremental experiment that feel deliberately confined, the idea being to soar within constraints of her own devising, Busby creates a persona that is at once entrancing and unnerving, a sensuous chimera that wavers just outside peripheral A/V reach, a VHS-and-fluorescence shadow. Definitely worthy tracking. 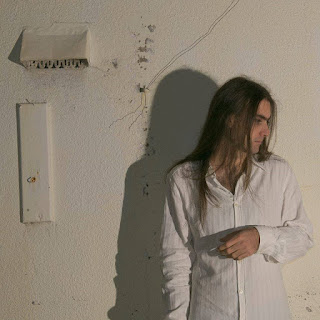 Here is another Aussie release I missed first time around. I have spoken about Melbourne goth post-punkers Tangrams in the past. Here is a side project from Andrew Dalziell, Nausea. His four-track EP Siren is a shadow-dweller also, but one that is much more contemplative - the brooding is internalised, brought out by the occasional fuzzed blasts of guitar. The drum machine simplifies proceedings but also helps with the twilight noir vibes that emanate from within. Nausea sits somewhere between a stripped to the skeleton Sisters Of Mercy, a desperately destitute Crime and the City Solution, and a mascara'd David Lynch - yet faintly sparkling with hope that the positive forces of life - love, warmth, a lingering embrace - will win out. Haunting stuff, yet oddly uplifting. 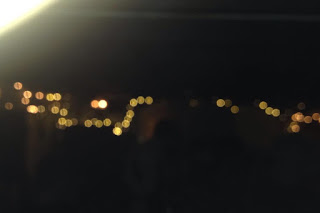 Back over to Melbourne, Australia now, where they have General Men. The Drier Months is a great title for any number of bands' albums that seep out of the sweating inertia of Australian punk malcontents (think The Spinning Rooms, Deaf Wish or Cuntz), but these boys are the ones who claim it - and it is their thrashed, down-tuned, barely-conscious noise that owns it. There is a backyard bawl and broken drawl here that is reminiscent of Tom Lyngcoln (Nation Blue, Harmony, Pale Heads), an operatic waver arching over the feedback tsunamis that lick at the heels of  Jamie Hutchings (Bluebottle Kiss), a booze-and-sweat drenched laconicism emblematic of Tex Perkins in chest-thumping Beasts mode...a little Cosmics spitting on the edges too. These aren't general men. Neither are General Men. Watching these guys intently, as should you. 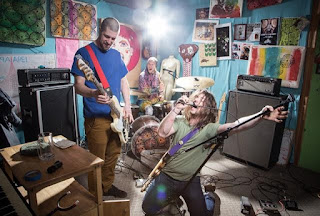 Finally we have the reptilian punk of APE!, a Philly trio who revel in the rebellion of full-tilt rock. Their album, Hunting With The Lord, is straight up shotgun rock blast to the face. This kind of unadulterated sonic assault is what we all need from time to time - a clearing out of the excesses of intricacy, replaced with the searing excesses of growled shouts, guitar solos, rumbling bass and pierced snare skins. They get more 70s stadium-embracing on tracks like 'Out Of The Fog', but for the full APE! effect, take a taste of 'Deep Tint' below.

Email ThisBlogThis!Share to TwitterShare to FacebookShare to Pinterest
Labels: APE, Fingers In The Gloss, General Men, Hits From The Box, Nausea, PWRBTTM, So Pitted, Solkyri, The Red Cords