Can't See The Bleakness For The Froth 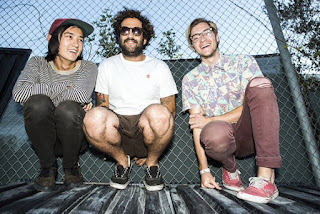 Not exactly a new album, but LA fun buzzards Froth released a warped yet sunny album this year in the form of Bleak. It certainly anything but - a record that has its eyes on the horizon with toes encrusted in sand rather than glued to the tops of their Converse. A powerful series of songs here that swing into garage psych drawl ('On My Chest') and Raveonettes black-tinged surf (the excellent 'Turn It Off'), with a constant sense of letting go, both in relief and desperation - the yin and yang of sonic freedom. And while many enjoyed the fruits of Froth's labours during the summer months, I will be using Bleak to help rise above the bleakness of another European winter. Grab Bleak (if you're lucky) here.