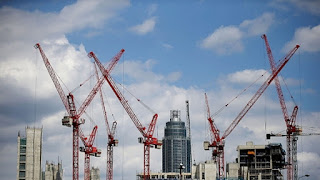 Goddamn, if it hasn't been donkeys' since I did a Video Vacuum! So here is a quick one, highlighting some Brisbane acts that have put out some moving pics to go with the sounds of recent times...

Sewers have done their best to destroy 2015, what with the release of their second LP Weight on Homeless Records and US tour. 'Still Stinging' is the best example, aurally and visually, of what these boys represent, facials and all.


One of the surprise hits of last year was Dangerous & Dead, the debut album from one man goth-noir-Western monolith The Steady As She Goes. A surprise in that it's all one man, Tal Wallace, and that the cavernous, brooding intensity can be sustained in a live setting - easily becoming one of my favourite bands to take in. Now he is prepping to release follow-up Monoliths, and a perfect example of what to expect is 'No One Will Care When You Die'. Johnny Cash if he entered into a never-ending twilight palaver with Michael Gira, overseen by the Ulver chorus and reigning Cthulhu. The Man In Blackest Black. Dark as the limitless depths of your depraved soul - and far better for it.


Grunged-out duo Marville aren't messing around with 'Fickle', a track that oozes, crawls, gnaws and spits at you. Ash (Bottlecock) is now joined by Doug on the skins, and the bulk and heft is evident here. Just as the ink sprays on the canvas, 'Fickle' is an onslaught - one that isn't likely to wash out anytime soon. Break out the bleach.


Let's finish off with two of my favourite Brisbane artists, both of which come out of the very-shortlived band  Tabletop Lamps. First up is Julia R Anderson, whose evolution from a contemplative noise pop maven swimming in Yo La Tengo and Galaxie 500 waters to the art-pop contusions of 'In The Beginning' is nothing short of breathtaking. That performance in the clip, reminiscent of so many things (Ash's 'Girl On Mars' colour palette notwithstanding) is evidence of an artist growing in stature and confidence. Everything I have seen and heard her do has been exciting. Get behind this - in the year we see the further reaches of Julia Holter and Jenny Hval, Anderson deserves to be huge.


And let's end with some quirky yacht pop from These Guy AKA Joe Saxby (now joined by two pop weirdniks in crime). 'That Fucking Guy' is brilliant in every way - the hipster-baiting, the dork embracing, the air instruments and mic, the fly on the burger, and the visceral and violent about-turn in the last minute. Stupid genius is the best kind of genius.
Posted by Brendan T

Email ThisBlogThis!Share to TwitterShare to FacebookShare to Pinterest
Labels: Julia R Anderson, Marville, Sewers, The Steady As She Goes, These Guy, Video Vacuum