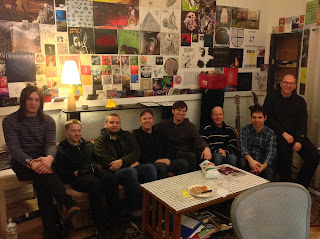 The only Rick Moody novel that I have read is Purple America, his 1996 familial tragedy that is in the vein of Joyce Carol Oates - one of sad, blunt analysis, an autopsy of a dysfunctional family that is breathtaking in its gritty minutiae and heart-rending in its inexorable decline that loss and addiction inevitably brings about. He's better known for his previous novel, The Ice Storm and of-its-time hipster ennui bible Garden State. He is a figure of adulation in some circles, of derision in others - but he is ever defiant. And, in the halls of Sonic Masala, he is now renowned for The Unspeakable Practices, a band project undertaken by Moody and one Kid Millions of Oneida fame. The group is bristling with talented intensity - David Grubbs (Gastr del Sol), Richard Hoffman (Sightings), Brad Truax (Spiritualized et al), Shahin Motia (Ex Models and also Oneida), and experimental brass wizards Nate Wooley and Michael Foster. The album is indicative of all of these combined talents - post-punk militaristic precision, sudden blasts of crunching squall, free-jazz cycles, discordant implosions - with Moody's deadpan vocals a monotone incision. 'A Steady Effect' plays into the kind of dead-eyed meticulousness that Disappears or, indeed, Sightings carve out in sonic flesh, but most other tracks stand true to their improvisational beginnings. The Unspeakable Practices is likely to be as divisive as Moody's prose - his lyrics here bordering on Beat-lite banalities - but this kind of self-aware deconstruction holds a fitful, fearful energy that deserves its time in the sun - or at least in a cloistered experimental noise den near you. Out through Joyful Noise in excellent blue-yellow or green-black fried egg vinyl (see below), you can get the LP here. 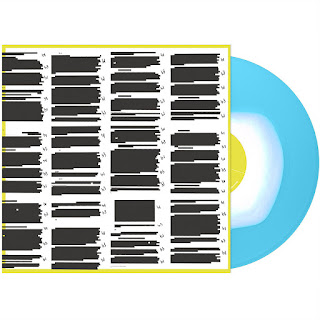