Parting Thunder On The Air Waves 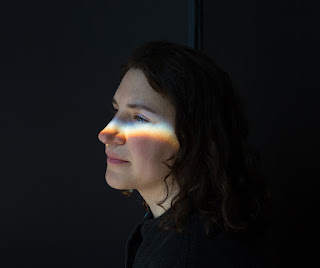 As you may well know, I am a massive Lower Dens fan. Just about anything that Jana Hunter puts her name too, I'm there. So of course I jumped all over Parting Glances, the new album from New York's Air Waves AKA Nicole Schneit. The album is Schneit, her band and a bunch of friends, including members of Hospitality, Crystal Stilts, Woods and more - but it was Hunter's collaborations that were the drawcard for me. 'Thunder' in particular is a real killer - Hunter's burbling metronomic guitar lines evoking the best of Lower Dens' insidious psych meanderings, while Schneit croons about about the danger of addictive personalities (I think?) - it's the darkest song on the album, and for me by far the best. 'Horse Race' is more upbeat, albeit by a smudge, what with the piano and the warm hum as the hunt for a man in a fast Cadillac rolls on. But listen to Parting Glances and these additional musicians become less and less noticeable, blending effortlessly into Schneit's dusky guitar pop world. That long-car, fleeting-light mentality that permeates 'Horse Race' is held aloft throughout - I felt like I was listening to Heart or The Cars in a 21st century self-aware bathysphere, taking on lyricism and melody that is both rustic and heartfelt, gleefully sonorous and yet filled with chagrin. Other favourites include the wistful 'Fantasy', the slow burn 'Milky Way' and the charged, countrified squall of 'Sweet Talk'. Above all, Parting Glances is a great record. Grab it here.