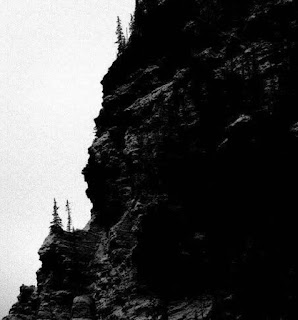 Here is a new enterprise out of Brisbane that I think is incredibly exciting. Ghost Notes guitarist Owen has joined forces with close friend Kelly for Tall Pines, a grunged out grind somewhere between the revisionist post-shoegaze schisms of fellow Brisbanites Deafcult and the sludgy hypnotics of True Widow. The duo (with fellow Ghost Noter Cam Smith on drums) have released just the two tracks so far, but they are both killer - 'Palo Verde' has a post-punk insistence and sparsity that lends a stark menace to the edges; while 'Extreme Handshakes' eschews the subtlety of the former with a mid 90s brood that washes out in white noise in the middle third. Early days, but Tall Pines seem like the business.