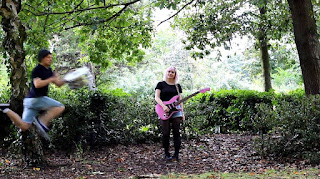 Let's double down on today's covers! First up, London scrappers Doe have released this faithful, gooey rendition of 'Susanne', the Weezer track from the Mallrats soundtrack. It's raucous and fun, with more grunt than Cuomo's boys tend to muster. When is the next Doe release? Soon, so I've heard... But until then. You can get it on this 7" Art Is Hard release that is part of the Hand Cut Singles Club.. 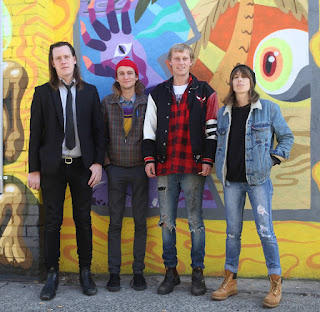 Then we have SM faves Scott & Charlene's Wedding giving us a rambling, reverbing, shambling 'Benny & the Jets'. We already have one timeless rendition of Elton's hit, a slurred lounge reverie from the Beastie Boys, but Craig Dermody and his gang of gangly losers make this sound like it is their own. The timorous falsetto at breaking point preludes a sonic implosion which is just brilliant - the kind of cover you do when shitfaced and careless/carefree. Love it!