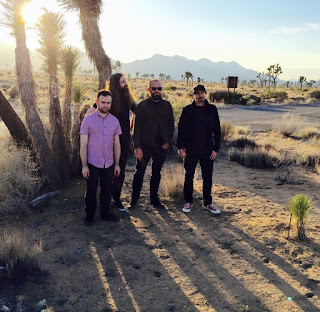 Almost a month since we sat down and had a aural powwow. Sorry about the incommunicado. So here is the start of the comeback. I missed the Mugstar show in London earlier this year that was a part of Mogwai's 20th anniversary bashes (also playing? Tortoise, Lightning Bolt, Loop and GZA, FUCK). Chunklet put out this excellent 7" earlier in the year to coincide with the Liverpool veterans' US tour - and there are four left. The two tracks are exactly what you would expect - their acid-drenched spark and boil permeates through 'Kabuki Skull', an electrified percolating mess somewhere in the vicinity of a caffeinated Carlton Melton melting into the primordial sun; while 'Goat Head' eats into the heart of stoner rock's etched-in-granite mantras. Let's hope for something more soon - with a band as prolific as these guys, we shouldn't be waiting long.