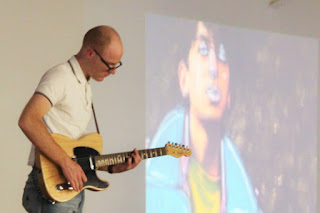 Cassette label Whalesmouth (Cool Sounds, Cat Cat) have put two great releases out over the past couple of months. I'm going to start with Theta Waves, the debut album for Melt, the solo guise for Jordan Rodgers from Wives (another release that slipped through Sonic Masala's clutches...) It's a stunning suite of spartan motorik guitar jams that coalesces in weird and wonderful ways, with the creme de la creme of Canberra's musicians offering their dulcet tones over the top. It winds sinuously from the seductively sparse 'Wait' to the percolating march of 'Sydney To Canberra' (which reminds me of Mark McGuire's Innertube efforts), the mid-career Blonde Redhead post-punk of 'Good Form' or the deliciously off-kilter 'Ancestor' (featuring the ever excellent work from Orlando Furious). 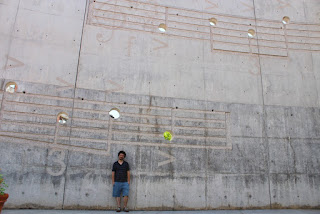 Then there is Rastrejo, another moniker, this time for Spanish musician Jose Guerrero. His band Cuello blew me away with their last album Mi Brazo Que Te Sobre (read about it here), and have another on the way. But Lamina Focal is just one of many albums Guerrero has put out under his own steam, and the first on the Melbourne label (and their first international release). It's an experimental drone blast that is far removed from Cuello's grooves - a jagged tantric spiral into chaotic sonic prisms of affected light, the kind of cyclical drone that would echo in a never ending Vaseline-lensed Giallo yellow and red drenched fever dream