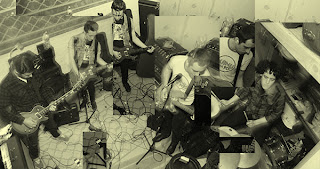 Where the hell did Games come from? When I heard of this self-titled record, I thought it was the Lopatin & Ford coupling, but no, it’s a rock band from New York. The fact it was on Hozac was another giveaway. But it wasn’t until I put this on that something that has been gnawing the back of my mind for a while (at least since immersing myself in the Bed Wettin Bad Boys record – see my thoughts here) truly cemented itself – I fucking love 60s/70s rock and roll. Sure, I'm a massive fan of all kinds of music, and am a massive advocate of the modern garage rock “movement” (I'm not going into it anymore, just read my blog!). But every now and then a band or album presents itself that purely taps into the wellspring of that vintage sound, song structure and vibe, it is genuine and every time it slays me. You can hear the likes of Marc Bolan, Alex Chilton and Paul Westerberg in the songwriting, even the Beatles, some poignant touchstones. Games are a force to be reckoned with – knowing that rock and pop are destined to co-exist, that we got it right in the past, and it’s time to get it right in the present. 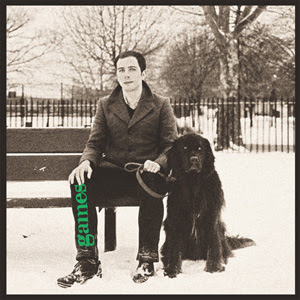 Games can be gleaned here. I was given this as a birthday present. Thank you so much (you know who you are).

Games – Listen
Games – When The Time
Posted by Brendan T