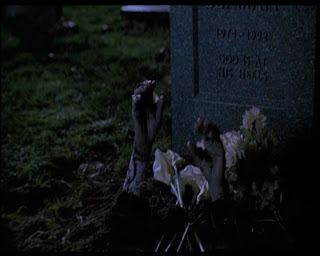 It has been a looooooong time since I pumped out one of these, hasn’t it? That’s part of the reason why my inbox got so bloated with unread emails. So I'm back on it, and have for your reading/viewing/listening pleasure six bands that I SHOULD have mentioned last year – better late than never I guess, as Lazarus was fond of saying.

Jehosaphat Blow. This dude contacted me a long time ago about his short, punchy, slightly nuts album Natural High For Low People months and months ago. Released by Chicago’s Cold Slice Cassettes (also featured the cool Super Minotaur cassette), it’s a simple affair – recorded on a 4-track in Blow’s then living room (he now resided in Prague, lucky devil) with the occasional backing vocal overdub scattered throughout, and the near-no-fi production actually does these songs a hell of a lot of service. He is a one man band – well, he DID just relocate to Prague, might be hard to convince others to do the same – but there are no drawbacks to this. You can, and should, still get your hands on this before he releases more stuff and takes over Europe, one drunken barhop at a time. 2013 is the year of the Jehosaphat.
Jehosaphat Blow - The Electric Light One Man Band
Jehosaphat Blow - Garagenese

There’s a minnow-tiny label in Dunedin, NZ, called Fishrider Records. They have some interesting young bands on there. None so more “interesting” than quirkfest Opposite Sex, who seem adamant to not only avoid adhering strictly to the guitar pop formula, but also to do it faux-shoddy, flippantly, with sly winks and cheap tricks abound. The sound they developed in splendid isolation is, they say, “an absurdist-logico mix of Euro pop, Beat poetry, and subterranean lo-fi adventuring." Not a bad summation really. With these kind of ad hoc insano tunes, some wont stick – some will grate – but some will grab you and never let go. You can grab their self-titled LP here. 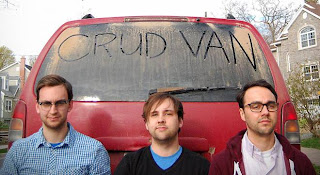 Nova Scotia trio Kestrels are pretty earnest fellas, and their second LP A Ghost History mirrors this. There are moments that makes me think of Ben Gibbard, if he fronted a Dinosaur Jr tribute band. All 90s college noise and shoegaze altruisms, Kestrels love what they do, and mean what they say. Furthermore, one of their main influences is Glaswegians Life Without Buildings. Now, they only released one album – Any Other City – but its one of the best art rock/pop records ever, with arguably my favourite song OF ALL TIME in ‘New Town’, so this has given Kestrels a hell of a lot of leeway. It helps that they are pretty damn good, too (and Tim Wheeler from Ash plays on one of the tracks. Say what you will, but 1977 is burnt into my childhood memories – I will forgive the plethora of misfires he has made since). It sounds huge, lush, and beautifully loud. You can get A Ghost History through Sonic Unyon Records here. 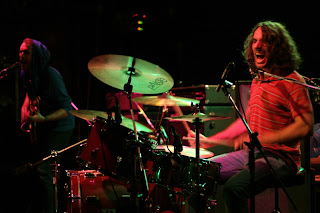 There might be a stronger focus on bands from “unfamiliar countries” this year (as in not from Australia/US/UK/Canada/France/Germany, my main focal points). I have a pretty amazing article in the wings from the Middle East. But before then, I have some bands coming out from Serbia. Vvhile got a bit of word-of-mouth last yeah, the noise-pop duo flailing about like a poppier Japandroids, an East European Wiper amalgam, and the 4-track EP Vvhile Is Vanity is pretty damn killer. ‘Vanity’ is their calling card, but the other three tracks here promise much is to follow. Grab Vvhile Is Vanity here, here, or here (they are on three labels in Macedonia (Napravi Zaedno), Germany (Twintoe) and their own (Jazz Chairs)), whilst it's about to be repressed amongst the three labels as well as distributed in the US through Dirt Cult Records. They have recently supported Bo Ningen, and will be the support for The Men in Belgrade next month. Expect more, and soon – they really are great. 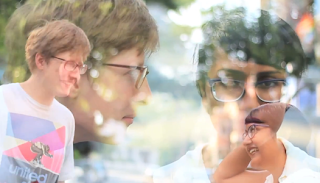 To more familiar terrain (Boston via Austin Texas, to be exact - Lira Mondal (vocals, guitar, and bass) plans to work as a chef in Cambridge whilst Caufield Schnug (Drums, guitar) pursues his film and visual studies PhD at Harvard University) and the little band that could, Silkies. Garage pop, and they don’t stop – these kids love L7, The Shangri-Las and some Segall, throw it in the melting pot, and a pretty killer concoction is formed. It’s the bite that gives Silkies a chance to climb up and be noticed, which you can hear on their first single ‘Like One’ (which they wrote and recorded a week after forming!) The Like One EP is out through Young Latitudes and also on cassette through Heart Throb Records. Nice. 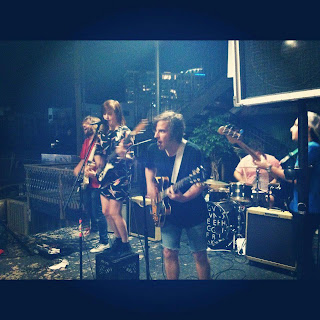 Finally we have Big Surr, a five-piece out of Nashville whose Baked + Bruised 7” is out on Infinity Cat. Whilst there is a bigger connection to beach/surf/garage/so on bands (they ARE called Big Surr, after all), there is much more akin to languid shoegaze flowing through their veins. Opener ‘Cosine Tangent’ was one of the songs of 2012, a slowburner with heft and warmth in equal measure. They love to have fun too, so this seesawing of genre staples has perplexed many; rest assured, Big Surr are five kids who love playing music, love mucking around, and who you may fall in love with. You can grab the 7” here.
Big Surr – Cosine Tangent
Happy Tuesday!
Posted by Brendan T