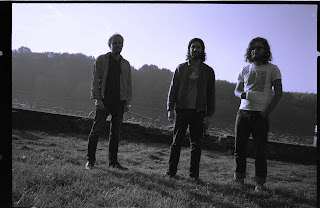 Berlin-via-Brisbane psych trio Strange Forces have unleashed their psych-drenched LP onto the world. Caustically titled I’d Rather Listen To The Bloody Birds, the album is seven slices of unbridled psych mayhem with more than a little humour tucked into the corners (the album title comes from an interview conducted by famed Aussie philanthropist and bushman Malcolm Douglas, whilst the opening track is named after Daryl Somers, the MC of defunct variety show Hey Hey It’s Saturday, and an occult paperback by Kenneth Grant – make of that what you will). It wavers from indolent to aggressive, an eclectic ride on the black rainbow, vocals kept to a minimum, yet these guys know that the inherent staple of psych rock is the groove. The entire album is a mind melt from start to finish, but one that will have you in metronomic convulsions and a lopsided grin, even as your face goes all Raiders Of The Lost Ark all over your moth-eaten band T-shirt. So yeah – it’s fucking good. 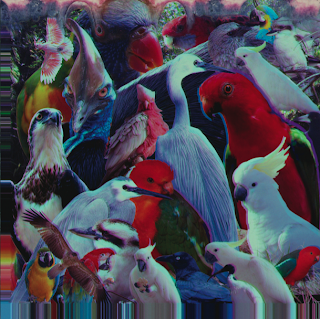 I’d Rather Listen To The Bloody Birds is out now through Strange Forces’ own label Under Fire Is Born – get it here.

Email ThisBlogThis!Share to TwitterShare to FacebookShare to Pinterest
Labels: StrAnge Forces, Under Fire Is Born