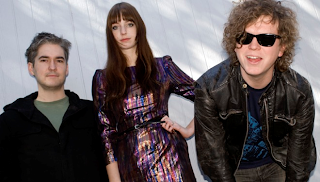 Keeping with the weak headings... Another pun on the band album title! WIN.

Seeing as I have never spoken to the Texan trio known as shoegaze upstarts Ringo Deathstarr, I don’t know what their thoughts are on the name. Naming a band something as tongue in cheek as Ringo Deathstarr can come back to bite a band (see Test Icicles, a name that founder Dev Hynes has forever since regretted, despite the band having been defunct for quite a few years now). Nevertheless these guys continue to make the “wall of noise, fringe in eyes, eyes on floor” aesthetic fun with latest release Mauve.

Mauve is a great follow on from their 2011 debut Colour Trip, and it sees the band consolidating their sound whilst continuing to inject it with cheeky nous and charm. It is lazy, perfunctory, and easy to continually draw comparisons to the 90s bands from across the pond that highlighted such a musical approach and delivery (The Guardian once wrote that “There is a direct line between My Bloody Valentine, the Jesus and Mary Chain and Ringo Deathstarr. And it stops at Slowdive Central” – vom…) – and it can be difficult to avoid such reflections and analyses based on a sound that so wholeheartedly indebted to their idols – but Mauve succeeds in offering a Ringo Deathstarr sound, even if it is a nuanced variation of a common sonic theme. As guitarist/vocalist Elliott Frazier has stated in the past, they write pop songs buried under a mountain of noise, but when songs like 'Rip' come into focus, you can see the melodies are far more transparent to the point of being at the forefront of the wall of distorted effects. Furthermore, 'Slack' actually punches a huge hole in the loudest, brawniest tracks in Colour Trip, albeit with its pants around its ankles and a dumb grin on its face; whilst 'Please Don't Kill Yourself' is a great pop song.

I think that whilst there are many shoegaze bands out here – and many of them are pretty damn good – there aren’t many that can infuse their own young, carefree personas into the squalling morass of noise like these guys can, and that is definitely a plus. A great album. 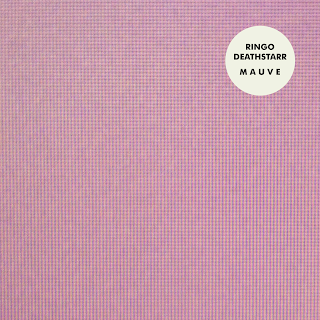