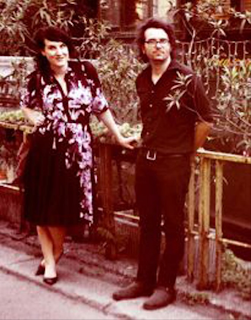 After bringing out a cassingle – yes, a cassingle – a month ago, local alt. country luminaries Texas Tea have just delivered their 3rd LP Sad Summer Hits (through Mere Noise), just in time for the summer heat to rear its ugly/attractive head (the Brisbane heat has to be one of the most debated topics of conversation that I know of come October every year), and hot damn if it isn’t a doozy!

It isn’t surprising that the 12 songs on offer are electric – Kate Jacobsen and Ben Dougherty have been in scintillating form in the live arena of late, especially when they flesh out the combo to four or more – but the levels of satisfaction is. It’s all down to both the growing confidence and maturity of the duo’s songwriting, the stripping away of what little apprehensions that may have still been in place, and a surety of aim and purpose. Such is the case with ‘Lily’, a song that there is a burly, robust nature to the track that juxtaposes the stately melancholy of ‘I Know That I Let You Down This Time’ perfectly. You’ll know that I don’t write about this stuff often, but seeing as two of my favourite all time are Neil Young’s After The Goldrush and Songs:Ohia’s Magnolia Electric Co., I don’t take this lightly either. Texas Tea are still in my mind a criminally underrated Australian band, and if Sad Summer Hits doesn’t do great things for them, then the Powers that Be are cruel, maniacal bastards of the greatest disrepute. There…I said it. 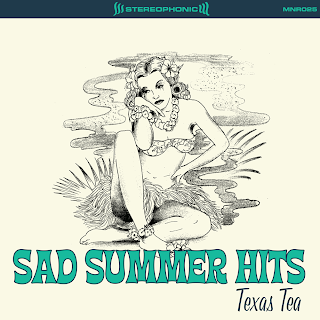 Sad Summer Hits is out now – get it here (as you will see, they love their trinkets, what with the personalised tea towels and teaspoons on offer). They are launching this beauty at The Zoo on October 26, with help from The Gin Club and James X Boyd and the CEOs. I can’t say I'm happy about this, seeing as it falls on both the Dick Nasty album launch (you’ll hear more about this soon) but also (and more importantly) on the middle night of the Waiting Room/Sonic Masala Presents celebrations… But you gotta do what you gotta do, I guess…