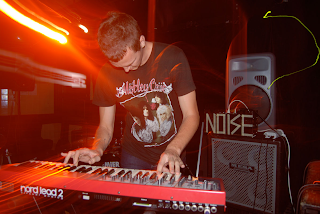 It's been a while since we have seen AXXONN AKA Tom Hall in our midst, and a little longer since we have had any new material. He had an amazing debut in noisy melange Let's Get It Straight, and his abrasive electronics called to mind the likes of Fuck Buttons and Growing. Since then he has winged over to LA, and is about to drop followup album Beyond Light, which is much more accessible and almost dance-oriented in his synthesised approach to sonic exploration - an extreme backflip on past endeavours. That said it still isn't easy listening, or club fodder (although 'Oceans Clear' with guest vocals (?) from gets close - plus it's a stellar burn of a track, a clear highlight), yet there is some fun and genuine growth here. It reminds me a little of some of the tracks off Errors' brilliant LP from this year, Have Some Faith In Magic. Hall has been flirting fast and furiously with Hollywood, which we will hear more about very soon. It's still the same guy, but it's evidence on how a change in environment can evoke exciting about-turns in creativity. 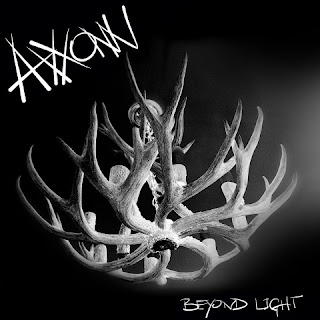 Beyond Light is out through Sonoptik next week - pre-order the cassette here.