Pawing For The Ice Cream Float 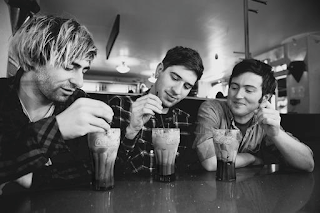 This is a common theme this week – but I have had this record in my possession for over a month now. Glaswegian trio PAWS released the great EP Misled Youth earlier in the year, and they released their debut record Cokefloat October 8th through FatCat Records.

Phillip, Joshua and Matthew have been mates since school, and it seems that their knowledge of each other is so great that infectious garage rock has become grafted onto their cerebral vortex (they may even be sewn together a la The Human Centipede, but since Ive never seen these guys in person I cannot say for sure…). If you thought Misled Youth was ace (and it was), you are in for a treat, as Cokefloat ups the ante tenfold. A mixture of old and new songs re-recorded whilst the iron is white-hot, the thirteen tracks on offer are filled with restless energy, reckless humour and defenceless charisma.

In danger of making a massive call (like Ive never done THAT before), when I first played Cokefloat, I had the same level of static electricity trickle up and down my spine that I did when I first heard Male Bonding’s Nothing Hurts record in 2010 - and that was one of my favourite albums of the year. Ive had the album for a while now, and every listen buzzes afresh – the cup of fun times floweth over. And it’s called Cokefloat! How can an album named after a soft(pop) drink with ice cream on top be anything but delicious? Don’t be surprised if this sneaks into my best of list come December… 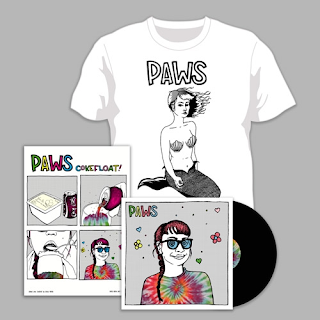 You can grab Cokefloat here. Definitely do it. Do IT!!! (Oh and guys, since Ive given such a glowing review, can you play somewhere in Edinburgh between December 10 and 13? Thanks.)