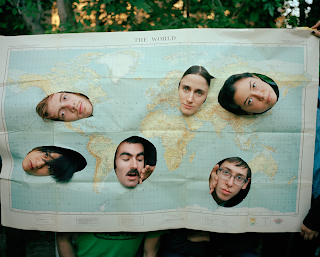 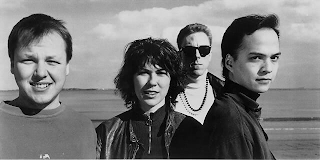 It’s been a while since we’ve had a Friday Cover Up – so let’s have two!
First up we have Brooklyn six-piece pop explosion Landlady, who have just released the single ‘Above My Ground’. The band was started by 24 year old Adam Schatz, who has played keys and horns with the likes of Sleigh Bells, Those Darlins, Will Sheff and Twin Shadow, but this little experiment is all his own. The vegetable based video for the single is below. But we are here for the B-side as well, which is an amazingly epic version of The Pixies’ ‘Oh My Golly’, which is beautifully original in approach and conception. Every time I listen to it my chest swells – I feel like I'm about to watch a VHS tape of a lost Sergio Leone film. Weird, but true. Great stuff. 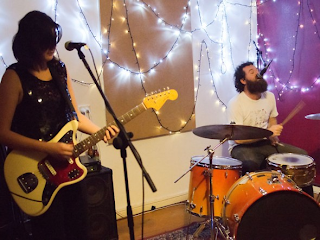 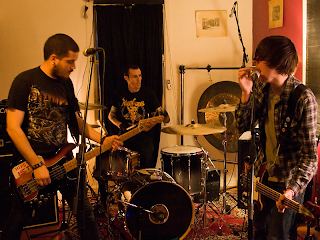 Now on to one of my favourite local bands, No Anchor. They have done some recordings of late and will be appearing on some splits and singles in the near future (more on that later), but in one final sweep of that apocalyptic cupboard they have collated all the remixes, live tracks and rarities that they like and put it onto a cassette titled The John Dominance Tapes (which you can still grab here). It’s very very good, especially when other artists get involved. Two of the tracks I’ve decided to put here. One is a remix by one of NA’s bassists Donovan Miller of the track ‘Key Cutter’ off their last (and excellent) LP Real Pain Supernova. And one is a live version of 'ACWOWTFE' by another great local act, scrap rock duo Tiny Spiders. Really great takes on aggressive, intense music – one ethereal yet unsettling, the other a slightly lighter shade of darkness from the original. Both are damned ace.
No Anchor – Key Cutter (Donovan Miller remix)
Tiny Spiders – ACWOWTFE (No Anchor cover)
Have a great weekend folks! Be sure to check the site this weekend for some more excellent, left of centre sound – that is right, I’m back on the clock!!
Posted by Brendan T

Email ThisBlogThis!Share to TwitterShare to FacebookShare to Pinterest
Labels: Landlady, No Anchor, Pixies, The Friday Cover Up, Tiny Spiders