Pollard's Off The Reservation, Out Of The Factory, Back On The Ranch 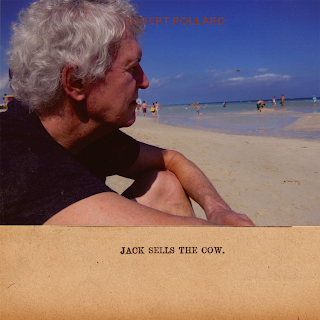 Guided By Voices have always been prolific, but 2012 has been especially so, what with three records (all of varying levels of good value) and some re-issues. But ringleader Robert Pollard hasn't stopped there, with some Boston Spaceships action and two solo records, the latest of which, Jack Sells The Cow, came out in vinyl form last week. I admire his voracious attitude towards making m

Making music, but it can admittedly be scattershot, and sometimes you just want him to settle down and write consistently. But his inconsistency, his swerves and twists in creative flights of fancy, is his major trump card. So it goes with his solo work. Still there is always gold to be mined, so it’s worth the time and effort combing through these records for that Pollard gem. I tell you, if someone were to make a definitive GBV/Pollard best of compilation, it would be three LPs of the best music you have ever heard. Until then, you will have to do the hard work – and it will reap its rewards.
Most of these releases, including Jack Sells The Cow, can be found through Fire Records - check em all out here.

Robert Pollard - Who's Running My Ranch
Posted by Brendan T