Separating Planets Gives Me The Shits 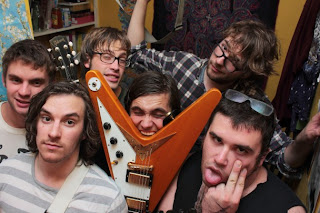 Talk about grabbing my attention. If I see a band called Diarrhea Planet, as if I'm not going to give it a spin. The fecal Tennesseeans have a record coming out,  I'm Rich Beyond Your Wildest Dreams, and after hearing the single 'Separations' I'm excited to hear them out. They spray fuzzed-out rock with the kind of slacker abandon that Japandroids initially did on Post Nothing, yet this six-piece are still sequestered to the garages of down home. Plus they have four guitarists - FOUR! If they cannot turn a catchy as hell tune like 'Separations' up to the brown note whilst shattering every glass window, eardrum and sphincter in the vicinity, I would be mightily disappointed (yet also a little relieved...) 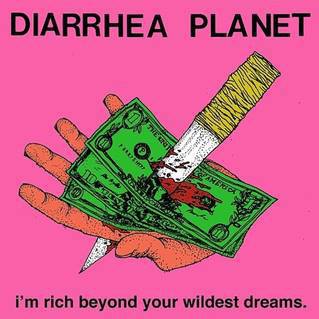 I'm Rich Beyond Your Wildest Dreams will be out through Infinity Cat in the upcoming months.