Off With Hibou In The Dunes

I'm a little seedy this morning, for a number of reasons. I missed out on a job opportunity that, whilst not the end of the world, is always a little gutting. Nevertheless, last night's Sonic Masala show (featuring No Anchor, O and Vassals) was a massive success, selling out and allowing me to pay the bands top dollar (with a little extra to help NA on their tour down the coast). I met up with Jon from Gazar Strips who is playing my next Sonic Masala show tonight (also featuring Dreamtime and Multiple Man), and we shot the shit about possible future collaborations (but mostly about shit). I got home at 2am, then up at 6am to get ready for work, which is where we meet now.

So I need something that will get me out of this messy headspace, and Hibou (I believe pronounced ee-boo, but that could be my addled brain at work) is doing the trick. The one time drummer for Craft Spells has been doing his reverb-heavy guitar pop for a little while now, and finally his Dunes EP is about to brighten up our lives. The beach theme fits well, as Hibou isn't far removed from Dustin Payseur AKA Beach Fossils. Silky gossamer guitars, disembodied vocals, and the crisp air of nostalgic, grainy Super 8 Puberty Blues. 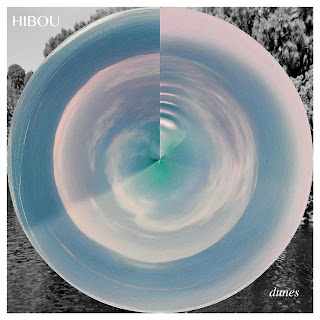 Here is the first track of Dunes (which will be out June 13), 'Sunder', which you can grab now as a free download!

And because I feel like it, here are a couple other tracks Hibou has floating around - keep the good times rolling.