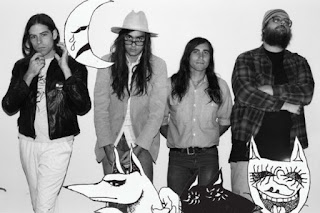 Seeing as I swung Washington way to delve wholesale into Royal Trux earlier today, why not linger amongst the new crowd? Another killer record of the year that has been a constant on Planet Masala but has (until now) missed these pages is Cruise Your Illusion (out on Fat Possum), the official debut longplayer by Olympia's Milk Music (their Beyond Living 12" is one of the best things I've heard in the last five years, FACT). Despite the ace play at the "classic" Guns n Roses double albums, the album riffs on plenty of influences straight off the bat - the instrumental intro 'Caged Dogs Run Wild' seems to inadvertently pay homage to the sadly departed Jason Molina; 'Illegal And Free' (and indeed any of lead guitarist and vocalist Alex Coxen's frayed leads) takes us into J Mascis territory; the buzz and hiss of the 90s seeps through the cracks and over the edge of everything. Yet there is an inimitable electricity that permeates this album, and indeed this band - they are alive, and are above and beyond any constraints, restrictions and cares. The carelessness that the noodling and Coxen's wails on 'New Lease On Love' permits is freedom personified. If you can't listen to this record and immediately feel younger and carefree in the most positive way possible, duly transformed by the amber gold of the music, then your heart ain't beating. 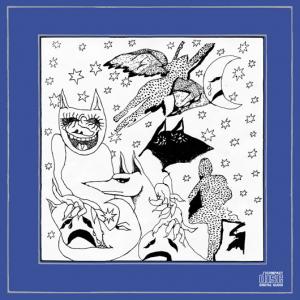 You can (and really should) grab Cruise Your Illusion here.