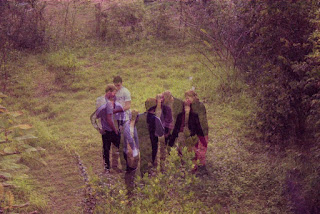 Local dream sculptors Naked Maja took to Trainspotters on Saturday to launch their single 'Take' - the night was a resounding success. There is a bit of vested interest here - I had the band's Cedie Janson play the first Campfire Tales show at the End only two nights previously, and I helped write their presser. They have a longer release in the wings, which is mightily exciting, so rather than babble on with new terminology and hot air, Ill give you the "old" terminology and cold air that is the presser:


"Constantly evolving Brisbane five-piece Naked Maja represent the new sound of Brisbane’s burgeoning experimental pop scene. The release of their first single ‘Take’ shows the band broadening their horizons to the farther regions of ambiance and Krautrock. The music inhabits a netherworld of searching melodies and misshapen harmonies that embody a waking dream state. Their MO is to beguile, to seduce, yet to deny.
Disembodied vocals waver in and out of focus of a magnetic wall of sound, made up of ethereal guitars, synthesizers and propulsive motorik rhythms. Naked Maja draw inspiration from a cosmic sinewave that includes Stereolab, Slowdive and Eno as corresponding frequencies. Captured in the studio by local experimental producer and musician Michael Whitney of Nite Fields fame, the mesmeric ‘Take’ is the band’s most self-assured and exploratory work. It represents a sizable step forward for the five-piece and a promising indicator of what’s to come." 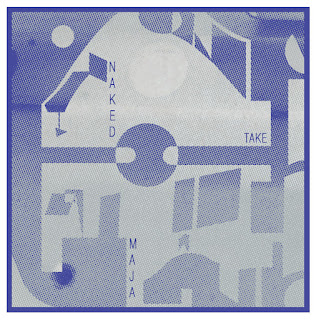 You can buy Take in cassette form (alongside two other original cuts and two remixes by Brisbane's aheadphonehome and Adelaide's Swimming) here. Naked Maja are travelling to Melbourne this Thursday to grace the Grace Darling with their presence, alongside the aforementioned Swimming as well as Sui Zhen, then stick around on Friday to join No Art (also launching a 7"), Infinite Void and Halt Ever at the Public Bar. Rad times in Melbournetown. They are playing Tassie too, not sure on the dates there though (sorry!)