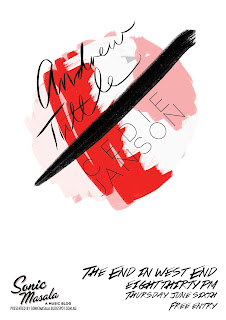 Last weekend was incredible for Sonic Masala Presents. It was the first time we have (officially) gone back to back with SM Presents... shows, plus the first time we had (officially) moved away from the hallowed ground of The Waiting Room - and it was a huge success! A sellout crowd came to see No Anchor smash out yet another stellar set, ably backed by the brutality of O and Vassals, and the proceeds went into funding NA's trip down to Sydney the following night. I would have booked a ticket with them (seeing as I was partially responsible for the windfall) but instead I handed over all the dough and moved on to Saturday night, where the first official SM curated Trainspotters night took place at The Grand Central Hotel. Dreamtime's first show since their triumphant return from playing the Austin Psych Fest was incredible, with Multiple Man killing it (despite, or maybe because of, Chris' disdain in proceedings ha) and Gazar Strips ripping apart the place with new songs. The venue was packed, easily the biggest SM show to date, so thanks to all who came. 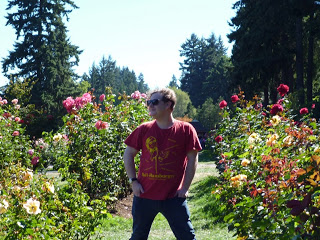 But this week is still rollin', and I have one more surprise in store. This Thursday we travel back to West End, this time the intimate surrounds of The End on Vulture St, for what I'm tentatively calling Campfire Tales, a night of two solo artists doin their thang. It's Sonic Masala though, so it isn't straightforward. The first show is the EP launch for Andrew Tuttle (the artist formerly known as Anonymeye). He will be assisted in the wings by the dulcet tones of Naked Maja frontman Cedie Janson. I'm really looking forward to this one, and you should be too. It kicks off at 8.30 and is free entry, so come have a boutique beer and turn this 3-day weekend into 4.