White Hills Burn Up The Road 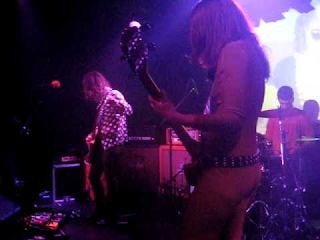 New-ish label Outer Battery has some pretty sweet live LPs coming up that were recorded at Holland's Roadburn Festival last year (co-released by Roadburn Records, of course), none moreso than the current recording of LA's space rock demons White Hills. It's a killer set consisting of 'Three Quarters', 'Under Skin Or By Name', 'Radiate', 'The Condition Of Nothing' and signs off with a blistering 'H-p1'. The CD is sold out, but who cares when you can buy it on green vinyl? I sure don't. Further exciting news from Outer Battery is that they have become the USA arm of Roadburn Records, so expect to see live releases of past years' Roadburn fests from the likes of Neurosis, Wolves In The Throne Room and Yob become much more readily available. 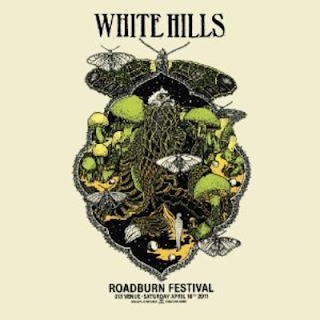 White Hills Live - Side B
Posted by Brendan T