Marching Up Arch Hill With Big Sounds From My Transistors

I've been a little neglectful of cool little NZ label Arch Hill of recent months, and I was only made aware of this when I noticed that a band that I wrote about back in 2010, Transistors (now called The Transistors apparently), were on the Brisbane BigSound bill in September this year. So it's catch up time, starting with Beach Pigs. 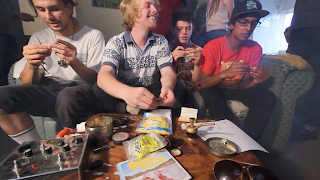 A ramshackle four-piece outta Auckland, Beach Pigs brought out an electric self-titled EP last year that didn't both to to break ten minutes. They inject as much beat, spunk and junk into their pop ditties that it is impossible to stay still, to not smash stuff, or to not sing along with Tourette's style abandon. The latest track is somewhat longer, sunnier, languid yet still raucous and fun. Pity they aren't hurdling the ditch come September...keep an eye out for these guys for sure.

Beach Pigs - Catch Up In The Sun 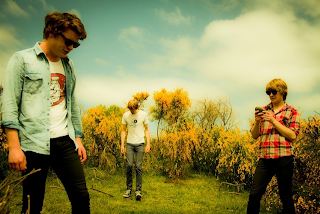 Now we have Transistors, who are touring their home country as the special guests of Aussie band King Cannons in a preamble to their BigSound soiree. Their last EP Flux Pentaphile was pretty killer, so I'm expecting them to blow all punters away when they take to Bakery Lane on Wednesday September 12...