Here are some belated releases by bands I've featured in the past that I thought warranted a quick mention... 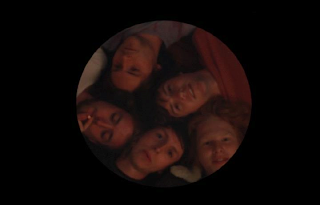 First up, Brighton psych folk rock hybrid Nitzam put out a self-titled EP last year that I quite liked, and since have pumped out two more - called Nitzam 2 and Nitzam 3. They also opened The Great Escape festival this English summer (not sure if that's even a term anymore...) All three releases are free and can be got here. Get got, good. 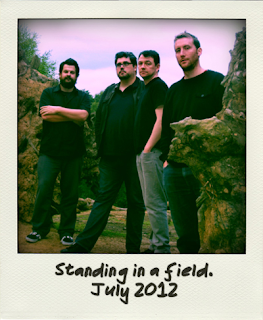 Another UK band, London-based instrumental quartet The Fierce And The Dead impressed with their long-and-amusing-titled debut If It Carries On Like This We Are Moving To Morecambe. They followed this up earlier this year with EP On VHS (which you can grab here), which they also recorded videos for the four tracks onto VHS tapes for special purchase - nice. The EP has some great moments, and with titles like '666...6', still haven't lost the sense of humour. Now across to the US, Minneapolis to be exact, to check in on Sleeping In The Aviary. The five-piece put out a fun LP last year called You And Me, Ghost and last month re-issued their sophomore album Expensive Vomit In A Cheap Motel on vinyl. More lo-fi, steeped in tragedy but run through with hope, the album is a ragged rush at the sun - no lollipops here, just soldiering on with a glint in the eye. Good stuff. You can grab it (and their other stuff) through Sound of Science here.

Sleeping In The Aviary - Write On 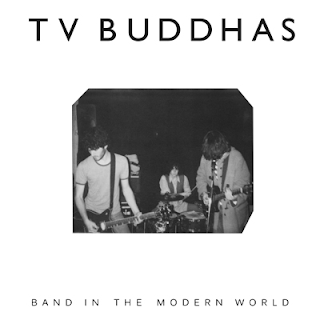 Finally we are trekking way over to Tel Aviv via Berlin for post punk gurus TV Buddhas. The latest EP Band In The Modern World (out through Austrian label TROST Records, produced by Steve Fisk) sounds anything BUT modern, like its a lost tape from the 70s London era. I'm really tired, so all Ill say is this is a great release - GREAT release - that you should get right now. RIGHT. NOW. Here. Do it.

Email ThisBlogThis!Share to TwitterShare to FacebookShare to Pinterest
Labels: Little Dreamers, Nitzam, Sleeping In The Aviary, Sound Of Science Records, The Fierce And The Dead, TROST Records, TV Buddhas