Hits From The Box #54 -Olympretard 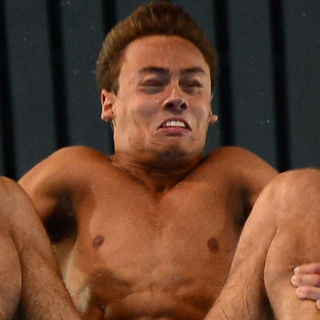 I love the Olympics. Seriously. I have many weird and wonderful memories of Olympics past. But I'm finding myself somewhat alienated by the way the media is ravaging the Australians, particularly the hotly touted swimming team, for their "lacklustre" performance thus far in the pool. I'm sorry, but we are bred to believe we are the best and deserve the gold? Fuck off. The fact that these people slog their guts out for four years, are in a pool with the seven others that make up the best in the world, seems to allude everyone. The fact they are representing their country seems to be a point lost to most people. I'm more than a little ashamed to be Australian when these things happen. And Emily Seebohm, pull your head in! Don't go blaming Twitter for coming second. You want to read what people are saying about you, then you need to roll with the punches. Besides, you came SECOND. Some may say second is the first loser, but most others will say you came second IN THE WORLD. Be proud of your achievements, then better them.

Ahem. Sorry, tough day at the office, and this was the most inoffensive yet enraging thing I could think of to vent about. So...let's have some music! 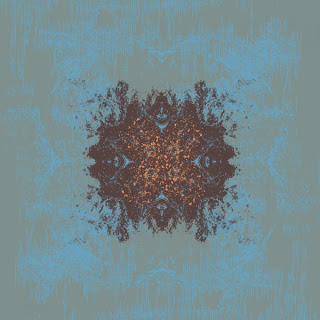 Field Hymns recently put out Vital Organs, a dark trance swirl of a record by Minneapolis artist Detainee. Kicking off with manic, disturbed 'Speed Demon', this record never lets up, a dark hallucinogenic downward spiral through an America that is retro-futuristic, whose sleekness is juxtaposed by 16 bit jerkiness, that is all about leather, latex and Death Races. I don't think I've liked an electronic album more than this other than Errors' Have Some Faith In Magic, and yet that is with much more live instrumentation in mind. Dark, twisted, fantastic. You can grab Vital Organs on cassette here. 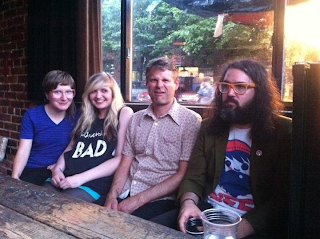 Continuing the cassette craziness is WaMu and their Viafukt release. This is batshit crazy stuff, something in between The Plot To Blow Up The Eiffel Tower and Foot Village - with violins and lots of screaming, something they themselves have coined as shrillwave. Eric Ostrowski, once part of noise duo Noggin and accomplished solo violinist and filmmaker decided to join forces with Garrett Kelly & Rachel LeBlanc, the master minds behind Seattle’s self-declared worst band My Printer Broke,. Brittnie Fuller joined shortly after to fill out the sound. It's ramshackle, bordering on implosion kind of stuff, blurring the line between premeditation and accident, all at top velocity and volume. Brace yourselves... Viafukt is out through Talking Helps Records - get it here. 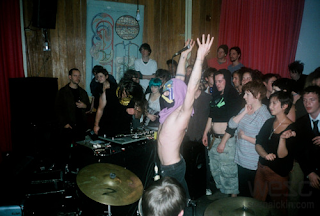 In keeping with my trans-Tasman allegiance with Hits From The Box, next we'll look at the excellently warped psychedelia from the self-titled release from New Zealand band The All Seeing Hand. Primarily based around heavy, improv drums, dark foreboding synth and turntables, and throat vocals (really), this is one hell of a trip - that overwhelmingly works. Its a rad album that deserves far more exposure, Please, check this out - it is some of the best percussive psychedelic intensities that you are ever going to take in and space out to. Grab the album here.

The All Seeing Hand - Throat 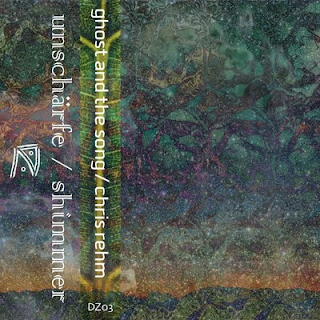 More cassettes! Very cassette heavy today. DZ Tapes sent this to me AGES ago, but I have only recently gotten around to getting a cassette player (I cannot believe that I have a cassette recorder in 2012 haha!). The release - Unscharfe, a split between the Berlin-based shambling spectral jammers Ghostandthesong and Texan organic drone divinist Chris Rehm. It's actually a honest record which fits together somewhat seamlessly, something that isn't always the case with split releases, and there are some tasty songs to be mined here. Grab Unscharfe here. 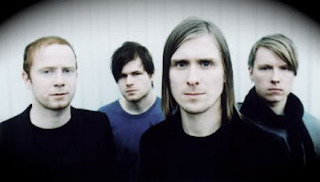 Now flying towards the Arctic Circle, we are touching down in the otherworldly richness that is Iceland, and a band that is drinking what's in the water is Ourlives. Out of Place is their debut EP (out now on Spartan Records), and follows in the emotive, quiet/loud epicness aesthetic that Sigur Ros mine, and although they don't hold a candle to that band (and at times waver on the side of MOR stadium anthemics a la Coldplay or Snow Patrol - easy there boys...), there is much to like here.

Ourlives - Where Is The Way? Finishing with Yourself In Peace, a project started in Los Angeles by college students Westley Ulit (Drums/Synth/Vocals) and Justin Corral (Lead Vocals/Guitar), it's good to delve into a band that are in it just to hang out and make tunes, valuing surrealism over going for gold (ahem, sorry about that segue, but don't you love continuity!?!) Their take on pop is to infuse it with shoegaze, lo-fi folk and more abstract textured, or in their words, they "make beats and whine over them". The self-titled EP is pretty good for all this malarkey, and you can grab it here.

Email ThisBlogThis!Share to TwitterShare to FacebookShare to Pinterest
Labels: Chris Rehm, Detainee, Ghostandthesong, Hits From The Box, Ourlives, The All Seeing Hand, WaMu, Yourself In Peace