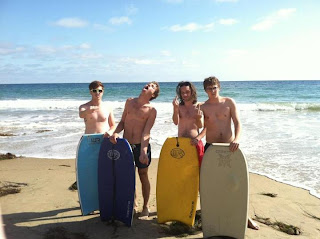 We here at Planet Masala have championed School Knights since their Rush SK release came out almost two years ago, and what with the current weight of love being poured over surf garage punks such as Wavves and Bleeding Knees Club, I thought that I was on bridge of a ship that was sailing the highest sea of discovery. As it turns out, the Denver based cats are happy to keep bubbling under the surface, which is why when they couldn't find the right way to release the current crop of tracks they had at their disposal, they put them up for free on Bandcamp under the name Fre(E)P.

That's not to say their 2012 has been quiet - on the contrary, they have supported the likes of Black Lips and Japanther, with shows with Cloud Nothings, White Denim and King Tuff in the works. They just got sick of these songs sitting around and wanted everyone to hear them and love them. As they say themselves, "We want everyone to hear them, so that the next time we release some songs people can go 'Wow, I didn't think it was possible, but this is way better than that free EP they put out.'" 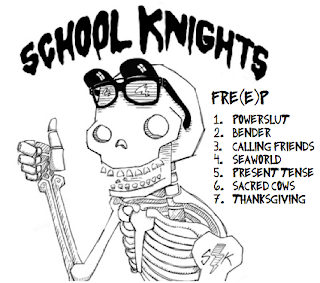 You can (and most definitely should, seeing as it's awesome AND free) grab Fre(E)P here.