London purveyor of punk and hardcore Static Shock are kicking off their fourth Weekender tonight, and it reaches all over the English capital for four days of manic mayhem. I thought I would put up a few bands/songs from the weekend that I am most looking forward to... 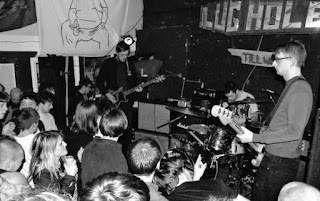 I picked up Sievehead's Into The Blue album back in July when passing through their hometown (at the excellent Rare & Racy), and was not disappointed. As the Quietus put it, the band "combine post-punk and proto-goth, serrated indie jangle and late '80s DC hardcore with such scrappy perfection." Pretty much on the head there. The played a few random hardcore shows in the US last month and survived, so are full up with shit and vinegar to fling at everyone. They are kickstarting tomorrow night's show at The Dome. 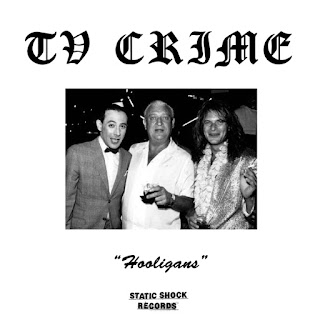 I haven't caught Nottingham punks TV Crime yet, but loved this 7" Static Shock put out this year. Reminds me of the loose drunken Ramones acolytes that Australia used to (and still do) pump out (I noticed SS have taken up the UK arm of issuing Tyrannamen's new album, so Tom seems to think the same thing). They play tonight at DIY Space, alongside the excellent Anxiety and new bruisers Body Butter (but unfortunately we won't see Belgrado, they couldn't make the trip) before heading off on a European tour. 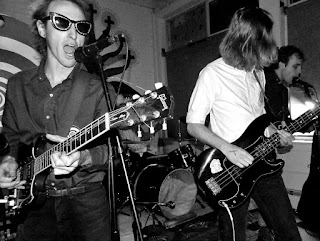 Uranium Club could be the main act I am looking forward this weekend. The Minneapolis maniacs have released an amazing track 'Who Made The Man?', that flits from the sunny mania of Parquet Courts to wired Wire mechanics, jerky Devo delivery, David Yow meets GW Sok vocals and toy-box explosion finale. They hit the middle stretch of Saturday's show, also at the Dome. 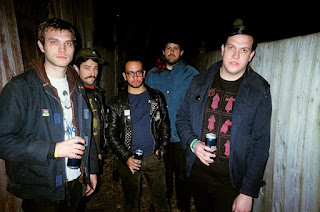 Furious New Yorkers Warthog have been thrashing out the hard questions for a few years now, and seemingly none the wiser. 'Culture?' is a one word rhetorical question, a blast from the furnace of the underworld, an obliteration of the coiffed and cultivated masses. Their unbridled fury is likely to blow the Dome open as they close out Saturday's show. 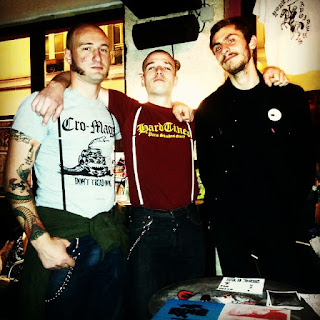 French skinheads Rixe I haven't had much time to delve into, but they are likely to be a lot of fun judging by this rad 7". 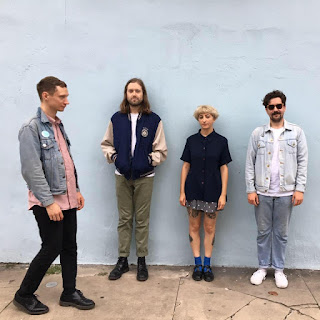 And Ill finish off with SM stalwarts Sauna Youth and an old cover from them of Pissed Jeans' classic track 'False Jesii Pt II'.

Special mention to Diat and Iron Lung. See you all this weekend!
Posted by Brendan T