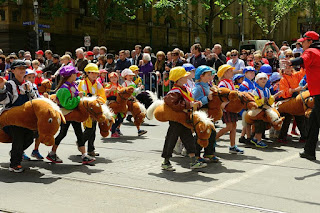 The equine circle jerk of the season has come and gone, the nation resumes its bleary eyed actions, and the music floweth forth. 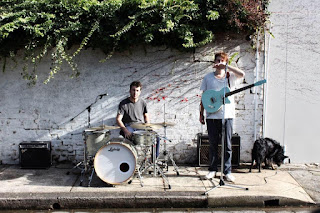 I do love me a scrappy, thrashy noise pop two piece - No Age, Japandroids, Tiny Spiders - and of course Sydneysiders Unity Floors. Their set at White Rabbit Gallery back in 2012 (I think?) was a random and happy memory for me, and their debut album Exotic Goldfish Blues lived up to the heightened expectations. Their follow up Life Admin doesn't fuck with the formula, taking their Japandroids-meets-PAWS-via-Male Bonding Petri dish and injecting indelible slices of acerbic Aussie wit and gurning grins. Taking pot shots at their hometown, Melbourne, young professionals, the 'burbs, the millennials - basically everyone in the near vicinity - Life Admin nevertheless isn't looking for eviscerating wit a la Andy Falkous, more a cheeky chappy dig in the ribs before downing tins and clapping backs. "Wouldn't it be nicer if we could wake up in a world where we belong?" No - it's better that you are standouts...

I can't say I know much about Sydney scrappers East River, but I stumbled over their album Modular Handshake back in August when I was in St Ives, on the sunny sandy beaches of Cornwall, England (yes, they do exist!) and wanting something new to fit with my feelings of happiness, relaxation and yet unnerving displacement. The trio's warped take on surf rock, paisley psych pop and late-night grooves really strikes a chord. It is such a heaving cesspit of touchstones - Jonathan Richman, Black Lips, The Shiralees, Chad Morgan, Meth Teeth, The Troggs, The Animals, The Locust... OK so I am being silly now. But there is something to these loose, cracked songs that are infectious, warmhearted and imminently likable, despite of and/or because of their unpredictability at taking traditional pop conventions and skewering them through an Adult Swim mindset. My wife kept saying, about half a minute into most of these songs, "What is this? The songs start out quite good, then they become shit." Which is snark short hand for "This stuff is the bees' knees." Whether you get what I am saying or not, just dive headlong into Modular Handshake, you will never know where you will end up. 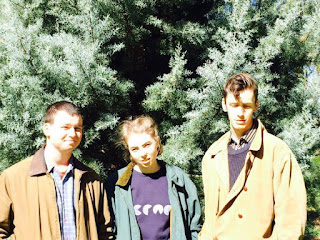 Not much has to be said about Brisbane youngsters The Goon Sax - the three piece have gone from strength to strength since their inception only a couple years ago (if that - it feels like these guys were fishing for their first gig only a few months ago!) Their debut album Up To Anything on Chapter Music is killer, taking a leaf out of the Flying Nun/Go Betweens much-thumbed playbook (an easy reference seeing as Forster's son is in the lineup, but is also there in the easy, insidious melodies that ooze out of every pore here) and infusing something more, a melancholic brittleness juxtaposed with their youthful exuberance that comes off as confident self-deprecating ruminations of the world at large - like The Pastels in a Battle of the Bands. Their European tour was a real hit too (I missed their sold out shows here in London, although heard that their DIY Space show with Totally was a lot of fun). So in demand that we couldn't hook them for this year's Sonic Masala Fest. But I can't hold it against them - with tracks like 'Sweaty Hands', there is an innocuous, relatable, real likability that most other bands just cannot grasp. Special indeed. 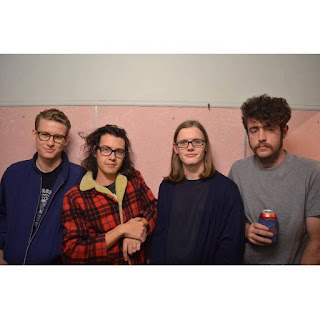 Another group that continues to grow, but in a more subdued way, is Blonde Tongues. One of their first shows (may have even been their first show) was a Sonic Masala show supporting the Ocean Party, and their fuzzed out dream pop was exciting, breezy and surprisingly loud. They have been tempering the noise somewhat to come to a compromise with the melodies, and boy does it continue to pay dividends. '(A Song For) Paula E. Sheppard' is a bliss bomb of a track, a lysergic Galaxie 500 swirl in awe of the actress in cult classics Alice, Sweet Alice and Liquid Sky. An obscure reference maybe, but this dream letter is the perfect precursor to the band's sophomore album, out in the new year. 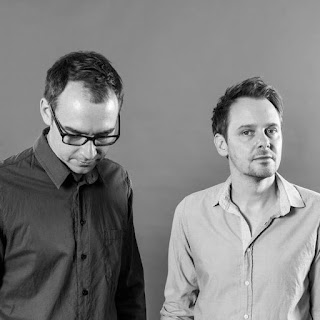 I woke up Monday morning to the huge news in my inbox that Sodastream have a new song out! It's been a decade - a DECADE - since they last put out an album, but their fifth LP Little By Little is on its way. My uni years are indelibly plastered with drunken/drugged memories that end with the night/morning stretched out on the back deck, 'Fitzroy Strongman' and 'Wedding Day' playing over the Paddington detritus. 'Three Sins' takes me back there - but of course the Melbourne duo are so much more than addled young man rites of passage. Each song hits a nerve you never knew existed, whether the subject matter is about domestic abuse, rustic ennui, social pariahs, the encroaching stigma of mortality, or enjoying the solitude of a darkened cabin with only wine and a dog as company. Whether drenched in frustrations or etched with the promise of redemption, every Sodastream song carries with it a kernel of joy. None more filled with joy than I - and if you like, you should join me and many others in helping crowdfund the vinyl pressing for the album here. 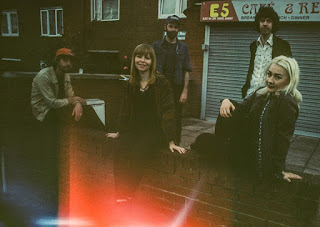 These last two feature Aussies but are based abroad - cheating, I know, but still in the same ballpark, right? London psych goths Bonfire Nights have always been a tendon-pulling presence around the local scene, grasping some great support acts while grafting away at their own brooding, swirling soundscapes of darkness. 'Heart's To Blame,' the single off newly released album Entopica Phenomica, continues the skewering of pop sentimentality with a enticing seduction of the dark side and inexorable squall of harmonic noise, all while still retaining those said same conventions. Think early Black Rebel Motorcycle Club melding with early Black Angels, Moon Duo and Velvet Underground. OK they are big touchstones to throw out there, but this band continually blows my head off while never eschewing the hooks, which is a surprisingly rare thing in this genre. Can't wait to partake in the rest of the album.

Fresh Snow are based in Toronto, and have just released new album One on white vinyl (we all know I like dem dere colours spinnin). A lot of their post rock improvisations are elegant and breathtaking - but then there are songs like 'January Skies' that a thundering Juggernauts, like Holy Fuck Hulking out. Their eclecticism works because it is freeform electricity, nothing done half-heartedly. Why is this ending off this Australian music post? Because one member, Tim Condon, hails from this sunblasted land. So tenuous, but with a track like this, who cares. Grab One here - it is an album of abrupt 90 degree turns, but always a wild ride.