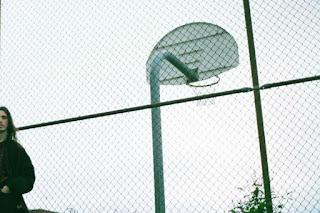 I only heard Tape on the weekend, the EP from Canada's Chastity, but it's an earworm that just won't quit. Taking living on the outside and feeding that unease with heady doses of  Cloud Nothings imploring aggression, the four "demos" here are incredibly accomplished. Starting out with the tempered anguish of 'You're Scary Now', things get incrementally more caustic - 'Manning Hill' takes the 90s guitar rock thrash route, while 'Saliva' blasts forth in a more frenetic fashion. This unleashing of anguished aggression subsides on closer 'Nevermind, Lucifer', a lo-fi ruminative echo, ghosting the tail end like an EVP, capturing the melancholic chagrin of a kid too tired to argue anymore. Tape is impressive in how deep each side of the melodic punk rock seam Chastity mines. I missed their shows back in December - I won't make the same mistake a second time.