Hits From The Box #121 - January Headaches Past and Present 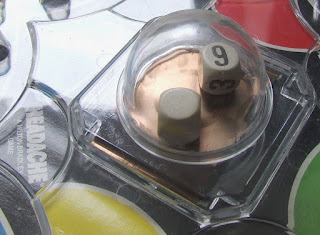 Last day of January - the most miserable month of the year. Normally a celebration. Instead I have a migraine, it's raining...but at least I have these sounds to keep the shits at bay until tomorrow. February is always better, right? 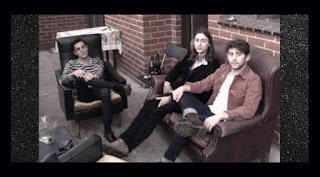 Melbourne trio Daytime are a post-punk outfit flying somewhat under the radar - they only have a couple songs on Soundcloud and that's about it. Creating in a velvet vacuum, both 'Everyone's So Nice' and 'Flounder' are cavernous yet suffocating, an insidious rhythm propelling tracks that are somehow both warm and cold to the touch. In my personal opinion, Daytime should be getting the 2016 accolades that Gold Class were getting in 2015 - based on this small amount of output, they are already leagues ahead. 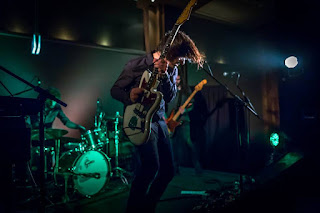 Let's head to Sydney for some grizzled, guzzled psych rock blasts with Grinding Eyes. Their new 7" is out through Tyms Records (Heavy Blanket, Earthless). They supported Uncle Acid and the Deadbeats and Moon Duo before Xmas, and you can see the connection - their 'So Clear' in particular inexorably slides into overblown, hedonistic Black Angels territory (that pummelling drum comes from Cec Condon of The Mess Hall; and the guitar tone and organ is sublime. This sonic space is made possible courtesy of Straight Arrows' Owen Penglis on mixing duties and none other than the Dirtbombs' Jim Diamond mastering it). You can grab the record here. 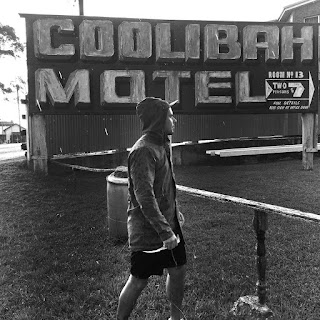 Still in Sydney we have a solo outing from Food Court's Cristian Campano. The plaintive song 'What You're Doing To Me' is a fair sidestep from the crunchy 90s indie vibe his day band dish out, a track with sweeping strings, emotive balladry, and Flamenco guitar - a highly ambitious and beautiful offering indeed, if somewhat maudlin in content. It is great to see some Australian artists offering lush, interesting arrangements in their music - put Campano next to Lehmann B Smith as guys to watch out for this year. 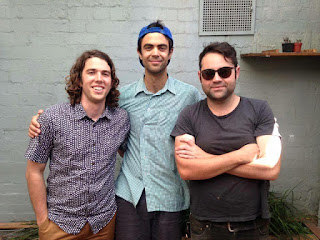 Back down to Melbourne now, and department. is a band that comes out of the back pocket of the guitarist of bad-arse punks Bad Vision. They have released a 7” One & One that perfectly showcases their rusted-yet-shimmering garage rock, not far removed from the depraved booze party vibes that many of the Slovenly/Hozac stable master. Whether this is a more than a passing concern is anyone's guess - but the 7" surely means dirty business... 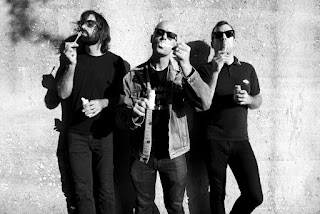 A squalling downtown shakedown  with vocalist John Sharkey III lending an Interpol-droll timbre left echoing over the top, Vicious Romance b/w Delco Runts marks Philly band Dark Blue’s first appearance on 12XU Records (home of Obnox, Manateees, Exhaustion and Sweet Talk amongst many more). Both ‘Vicious Romance’ (a love song about discovering that the dream (of love, of equality, of hope) may be dead) and ‘Delco Runts’ (a droll call-out to the negative influences that permeate Delaware County) come from the blue collar milieu in a monochrome-rinsed dark pop mantra that is resonant and kitchen-sink heartrending. The success of this band hinges on their tightrope suspension of prosperity in a bleak world, even if at a merely idealistic level. 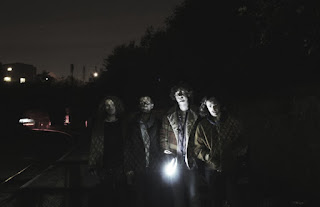 And we finish up back in the UK, with Bristol's Velcro Hooks promising their debut album is rising up out of Howling Owl Records in April. The two cuts thus far are opposite ends of the hooked spectrum - 'Severin The Mind' is a squalling Krautrock cesspit of deafening destruction, while 'Mid of May' is a wonky yet warm psych-folk trip, bristling with vintage fuzz and ephemeral fizz. Looking forward to hearing this later in the year.