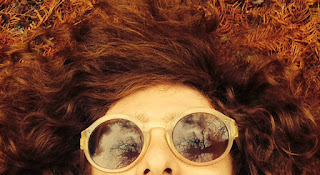 Hailing from Perth, Human Buoy floats into psych-pop view on a cloud of 'Oxygen'. Apparently there is a degree of "mouth drumming" on this track - whatever that is, the stoner equivalent of beatboxing? - and it's provided by none other than Ariel Pink. There is a degree of otherworldly outsider pop to this track that would appeal to the Prince of Parallel-Universe Pop. A lysergic sun bubble, yet with an effervescence of a bubble in sunkissed champagne than a globule within a lava lamp pyramid. There is even an 8-bit-esque flourish for a second around the 1:50 mark that made me think of Sonic The Hedgehog. Man, this oxygen is intoxicating... Human Buoy is bringing out an album, Animation Station, sometime this year - definitely one to keep an eye out for.