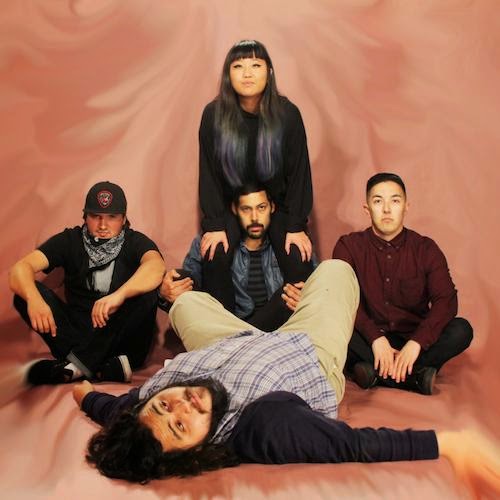 I was prepping this post about LA popped shoegazers Draag when I saw that Australian site The AU Review was premiering the entire new EP, Traci Lordz, in full! Caught out there. Ah well - it's a good release. A quick (and incredibly strong) short-form follow-up to their debut and much lauded album last year, Traci Lordz starts out with a lazy, blazed meander in 'Milk Money' before the wall of sound and sonorous vocals comes into full attack on 'Lavender Hole'. It follows on from there - there's a beefier MBV spiral on 'Janet', a grunged up dirge for 'Gown', a percolating synth-driven pop drop with 'Chair'. The decidedly heavy opening of 'Monolith' hints at both a restless growl and restless spirit that could either be a cathartic exhortation (it does go for over eight minutes after all) or a serrated sign of things to come. Closer 'Hell' is a warped synth downward squall into the netherlands of disco fugue, a bizarre number that feels more Peaking Lights-via-100% Silk in delivery. It's a lethally expansive cocktail - I think Traci Lords would abide.

Email ThisBlogThis!Share to TwitterShare to FacebookShare to Pinterest
Labels: Draag