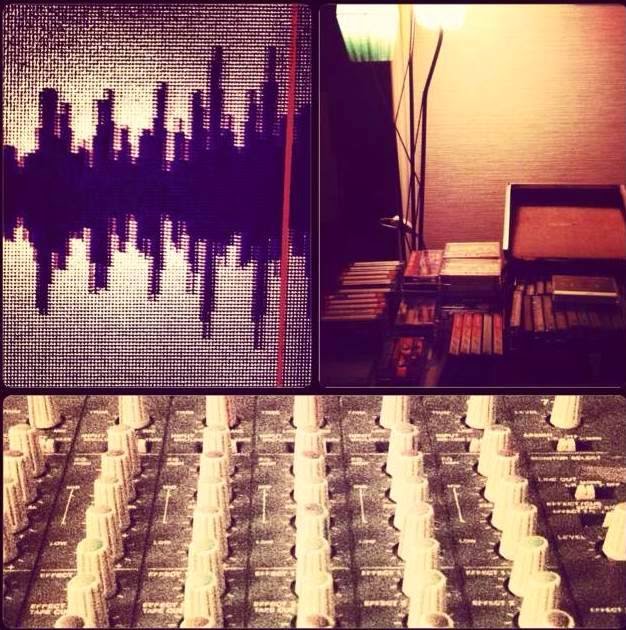 So it's my birthday today. I wasn't really sure what to write about - there are heaps of good bands that I wanted to have as my 'birthday post' - but then I haven't been listening to that stuff. Today is a hellish day at work, so I needed something that could help me hit the slipstream of cruise control, take me on some cerebral flights of fantasy, and just get me the fuck to 5pm so I can get home to my girlfriend, a bucketload of spicy buffalo wings, some beers and party times. And the two albums that are allowing me to stay chilled in the midst of a adolescent shitstorm of a day?

Have you heard of either of these dudes? Geoff is the musical pseudonym of one of the founders of eclectic musical outlier label Teflon Beast (responsible for last year's great Point of Being release). His latest effort is a 30+ retrospective (the dude may be under the radar, but that means he is prolific as fuck) called Searching For The Sound: 2011-2014, which delves into everything from contemplative, Western-esque drone that Dylan Carlson has loved of late ('Earth Surf'), found sound in the idiot box of the sports world ('Fanfare/Victory') and a guitar odyssey of noise ('Guitar #1-3'). There are improvisations and electronic extrapolations as well - this is an expansive journey of the mind and soul. In other words, Geoff is great.


And then we have the 18th release to come out of Heligator Records, and this one is a longplayer as opposed to the normal single or short form fare the charity based label is known for. Cloudsound is the languid guitar-and-gauze explorations of American-in-Sweden Lee Boyd and II is a meditative journey into hidden inner realms. It's the type of contemplative tapestry that could fit snugly into a New Age therapy session as it could a blissed-out expedition into the unknown, and it's this nebulous grandeur that, rather than detract from its intent, augments it. II will take you wherever you want it to, incrementally, in ephemeral moments that melt into each other just like the cover art's sun melts over the horizon...