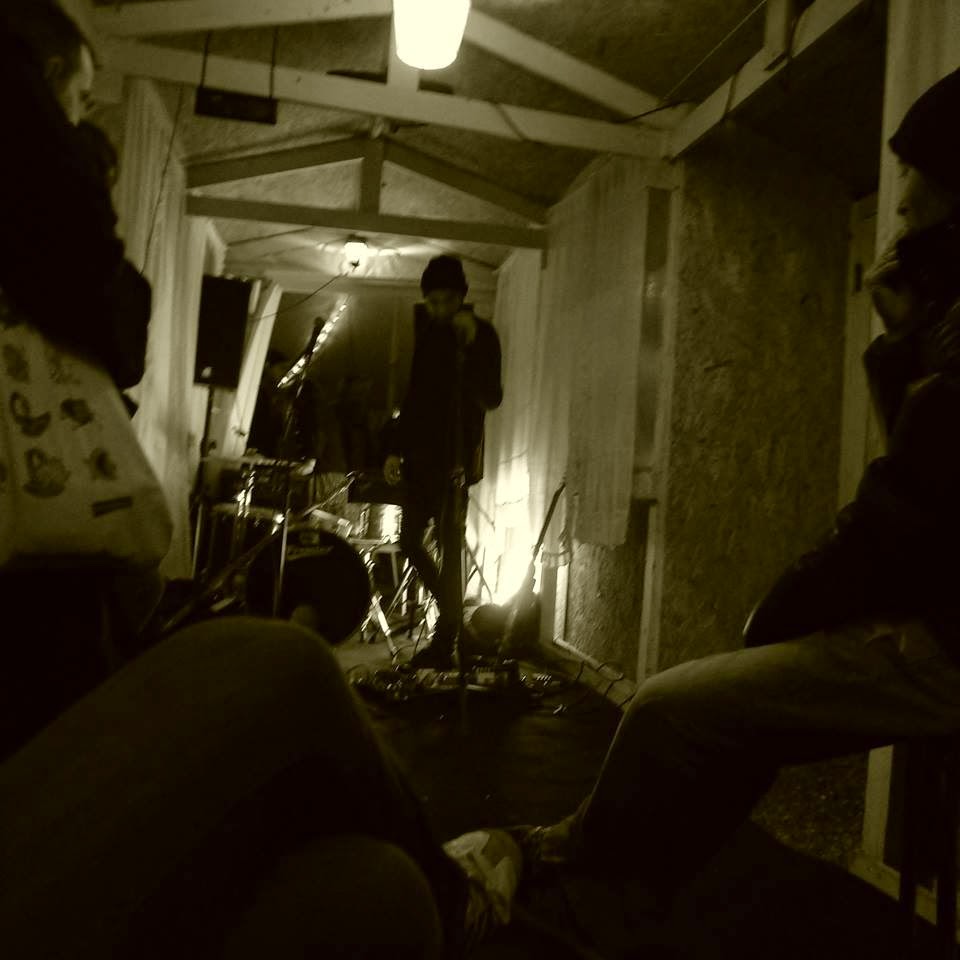 A bit late to the party on the anarchic mess that is Don't Believe In Time, the mind melt 12" from Italians For Food. (it came out mid last year). It's got that squat-house dynamic that mirrors as disparate locales as Amsterdam in the 80s, France in the 00s (think especially of Looks Like Miaou), or even the VU collectivism of the 60s/70s. Even New Zealand has its own kinship in the form of Girls Pissing On Girls Pissing. It's like when civilisations around the globe develop something technological totally independent of each other - or how Volcano and Dante's Peak came out the same time. For Food. continue to strip all genres of their base tropes, going beyond atonal punk to deconstruct and resuscitate tribal drones, pop immolation, industrial noise, naive art, spoken drivel, cathartic experimentation and found instrument demolition. Grab this impressive record here.