Seeing Swans For The First Time 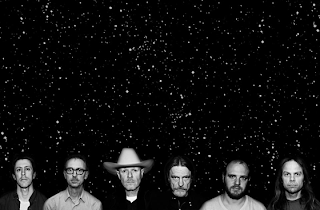 New York’s brooding soothsayers of annihilation Swans have gone through a multitude of sonic metamorphoses over the years. Starting out in the 1980s as a viscous, nihilistic counterpoint to everything ever considered ‘rock’, their agonizing brutality and despair gave way to something almost resembling mainstream music, albeit with blunt trauma embedded in frontman Michael Gira’s acrid lyricism. Then Swans dissolved away whilst Gira explored the darker realms of desert Americana with his band Angels of Light. It seemed that Swans had run its course, that there was only so much gnashing of teeth before one needed to claw upwards towards the light.

Then, after fifteen years’ absence, they returned with one of 2010’s greatest records, My Father Will Guide Me Up A Rope To The Sky. Overtly sidestepping the money-grabbing rehashes of reunions all around them, Swans created an album that rivalled the dire brilliance of Children Of God. It seemed that Gira and co. were serious when they said they weren’t here to recreate the past. Yet on latest album The Seer, there are touches of every sordid phase that Gira has ever spat upon. Don’t be deceived however – The Seer isn’t a “Greatest Hits By Proxy” – it’s so, so much more.

Opening with 'Lunacy', it could be expected that things are going to be sedate, at least by Swans standards. A choral chant-like vocal with backing choir has us in an apocryphal daze, an accompanying accordion in the background. But as the chant focuses on the title, things coalesce into a vibrating, cacophonous vacuum, sucking everything into it. The musical palette is vast, incorporating dulcimer, clarinet, violin, various shades of shit-kicking distorted guitar – yet all is focused on torturing the sound, forcing things to combustible realms and beyond. Gira’s metronomic panting alongside a menacing guitar line at the beginning of 'Mother Of The World'; the gravelly march through blasted plains of 'The Seer Returns'; the squalling, screeching dissonance of '93 Ave Blues'; even the rustic opening of 'The Daughter Brings The Water' holds a blackened undercurrent of desolation and despair.

Gira surprisingly states that his quest is to “spread light and joy though the world.” Other than the majesty of Karen-O led 'Song For A Warrior', it’s hard to see on surface level how this could be. Yet scratch around the edges and there are joyous threads throughout – tinkling bells here, angelic choir there. The industrial metal grind of the title track, all thirty-two minutes of it, hints at what he means most of all – often the beauty of something isn’t realised until it’s torn asunder. Brutal, dissonant, apocalyptic – The Seer is easily the best thing Swans have ever done. 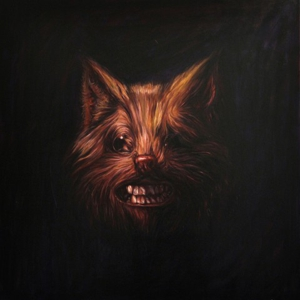 You can get The Seer through Young God Records right here - you still might be able to pick up a Gira-signed copy if you are quick!