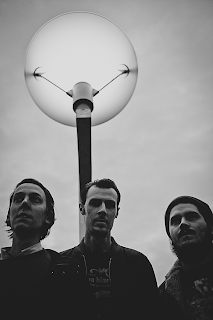 Holy shitballs! After being away for a fortnight, do I have some awesome new shit to pile into your ears and light your eardrums on fire!

After losing kilos in my feverish inhabitation of local noise trio No Anchor’s double LP Real Pain Supernova last year, I found myself packing it back on due to complacency. Sure, there have been killer releases in 2012 – and some better than this release – but there was something narcotic about the unrepentant clamour the two bass and drums, screaming-the-fuck-out outfit that burrowed under my skin. The dirge that infused ‘The End’ and ‘Gatton Bohemia’ (by far my favourite track), the nihilistic gnashing of teeth on 'Dead Pony' and ‘Wolves Bite & Disappear’ – nothing like this has crept out of the sewers of Brisbane with such nihilistic intent for…well, ever. If Hydra Head was still a legitimate “thing”, you could see these guys boring their place into the foundations, eating it away from the inside out.

Since then No Anchor have releases a great 7” (the brevity of ‘Rope’ and ‘Pussyfootin’’, as well as a mega rad of death cover of Big Black's 'Jordan, Minnesota', offered even more immediate gratification), a bits-and-pieces cassette in The John Dominance Tapes, and a 7” split with Melbourne angular miscreants Blacklevel Embassy. So I sure as hell wasn’t expecting ‘Anna’, another short NA stab to the brain. Even more exciting is that it precedes the band’s forthcoming album, The Golden Bridge. Listen to 'Anna' below – the closest the boys have come yet to perfecting that love song? Maybe. It certainly trumps Silverchair’s song about an Ana – it even has more N’s! 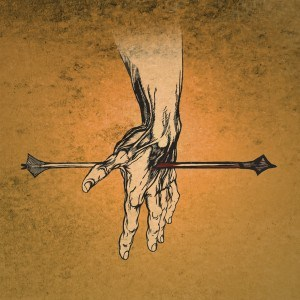 Here is the cover art, track listing and other bits and bobs. Can't wait, love these dudes.

Themes covered:
•Obscure legal terminology about the essence of guilt
•The Beastie Boys
•The spectrum of value spanning between gold and poop
•Beatrice
•The song as a drain
•The Dice Man by Luke Rhinehart
•Gearwhores •Vortexes
•Flag burning
•Things that are heavy and layered. Like slabs.
•Ingrid.
Posted by Brendan T