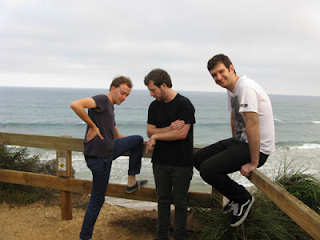 I really like Woollen Kits. I hope I'm not being rude or patronising here, but I really like Woollen Kits because they are easy on the ears. That is often the kind of reason your mother gives you for listening to Il Divo or Kenny G. What I mean is that the Melbourne trio have a way with their slapdash jangly garage punk pop that seems so casual, so relaxed. It is that little bit far removed from the likes of doyens of slacker pop Twerps and Dick Diver, what with their feet firmly rooted in the Sixties era of the Troggs, but still retains that loose sunny ethos that makes it so endearing. I bought a mate their Maths 7”, knowing that it is usually at the opposite end of the noise-avant-garde-experimental spectrum that he enjoys, but not surprised when he fell in love with it. 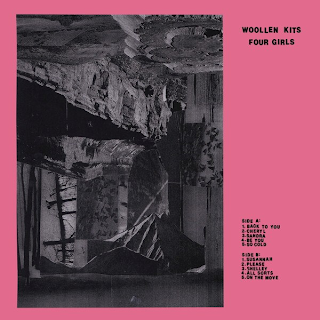 Four Girls is their sophomore record, coming out in a couple weeks on RIP Society (co-released by Chicago’s Trouble In Mind). The four girls – Shelley, Sandra, Cheryl and Susannah – are the focal points of four tracks on an album that has been cleaned up considerably since their smaller releases a couple years ago, and even shows a marked growth since their debut only in January this year (yes, 2012 has flown…). I can’t think of a better record, or band, to bring in the weekend - it will get you into the beergarden/park/backyard/verandah drinking mood.