Keep Your Girlfriends Away From The Coo Coo Birds 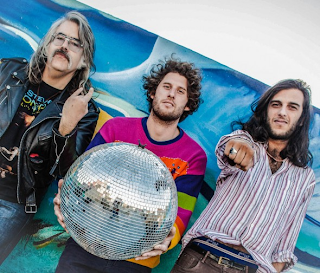 Here is a small San Fran band that – you guessed it – play gritty garage rock and roll. And – you guessed it – they are really good. Coo Coo Birds released Don’t Bring Your Boyfriends back in July, and the breakneck squall that ensues is a mess of electric proportions. They haven’t even been together for twelve months, yet the eleven tracks here are indicative of a band well in control of their powers. I love bands unabashed to call songs ‘Rock n Roll Animal’, ‘Convent Girl’ and ‘Peach Bottom Girl’ – and aren’t fucking shit. Seriously, so many “rock and roll” bands that love their long hair, leather jackets and their basic chord progressions swagger around and state that sleazy old school rock is the best – but can’t even play it. They may as well as be wearing white joggers with their acid wash jeans, they are so out of touch. Not Coo Coo Birds though – Don’t Bring Your Boyfriends bristles with bluster, boils with sleazy leers and overflows with sexual abandon. You can download it for free here. 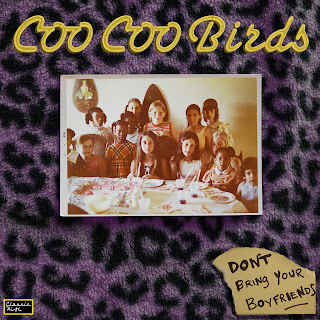 That said, they haven’t really toured the record, instead diving back into the studio to record a further TWO albums. Which kinda defeats the purpose of having that sleazy garage psych rock authenticity, because they should be tearing up dives and tearing off nubile teens’ tops with a riff and a cocked eyebrow. When these two albums are done, they will have an arsenal of killers though, and the world may never be the same.