Gumming On The Novella 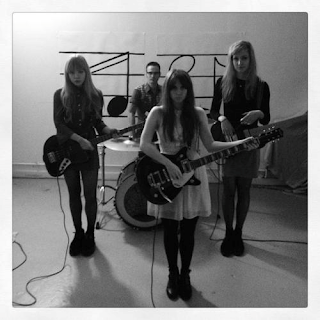 Here are two releases from UK bands that I was writing about separately, but seeing as they played together a couple weeks ago, I’m using that tenuous link to bring them together.

Novella are London-based trio Sophy Hollington, Hollie Warren and Suki Sou, having met in “sunny” Brighton back in 2010. Claiming that months listening to the likes of Polvo, Guided by Voices, Broadcast, Calico Wall and My Bloody Valentine sparked their desire to form a band, it’s not hard to see why tracks like 'Mary's Gun' rock the casbah. Melding guitar pop zaniness with crackling bursts of noise, the trio (who flesh out to a quartet in the live arena) love dipping their sweet dispositions into a vat of battery acid and Alka-Seltzer. 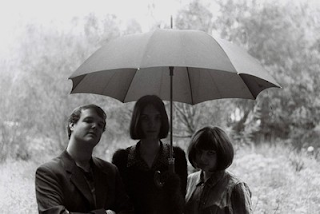 Then there is GuMM, taking the reverb-drenched shoegaze noise monster and ramming their spikes through its cerebral vortex. The Bristol kids (on the great Howling Owl Records roster) are a guitar band through and through, unashamedly stealing from their predecessors’ playbooks, but with such a delectable outcome delivered with naïve abandon, who fucking cares? It isn’t all earaches and bluster either – the quieter moments elevate the charm tenfold. I am gushing a little here, about both bands – they have yet to truly prove themselves. But these guys back to back have ruled this day, so they deserve the accolades – and a stamp of approval. Keep an eye out for these crazy kids.

Expect to see other releases from these two out soon (Novella is in cahoots with Gravy Records, just so's you know what to expect...)