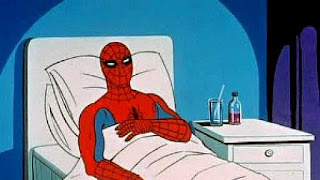 Spending my birthday week bunged up, choking down pints and cigarettes with little regard to recovery. This Sunday I am suffering for it. Music goes a long way to being a salve... 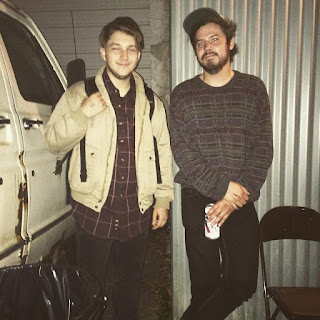 Let's start out in Chicago with duo Earring, whose album Tunn Star will be out through the ever-excellent Fire Talk later in the year. This single, 'Black Chalk', has been my jam today in my fugue state. A garage psych dirge that nevertheless exudes a feverish energy pulsing from within, the track only goes for 2:25 but feels as if it is designed to crash on forever, a thick fuzzball of amiable destruction on a collision course with infinity. So great. 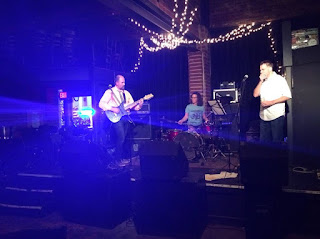 DZ Tapes are releasing Schroedinger's Cat's Grave, a weirdnik garage punk album from Washington trio Nice Breeze. It reminds me of a narcoleptic Hussy; a bargain-bin bare-bones Cramps bred on sugar-coated cereal and Altered Beast; a grimy Yo La Tengo cover band - and that is all in the first three songs. There are so many fringes of recognition throughout - such as Iggy, Lou, Bob Mould...yet it never feels like a pastiche - it is very much a capsule of a singular warped vision. They are an intriguing proposition - the album feels much older than it is, as if recorded in Rob Pollard's Cleveland kitchen in 1993.

TAFEWRM is the electronic offspring of You Beauty guitarist Joshua Phuah, and it is a haunting effort. 'ASL' has the evocative guitar lines, the warbled effects that muffle and discombobulate the tinned drum machine, and a dishevelled reverbed vocal wavering over the top, the lyrics indiscernible. It's a dubbed-out mess, the kind of song you would hear in a softcore downward spiral into Kings Cross agony/ecstasy, hues of varying luscious black velvet, red velvet, purple fluorescent. Weirdly decadent, 'ASL' is something I want to hear more of. 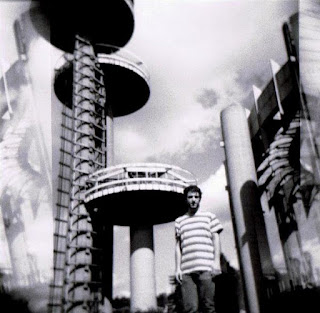 New York's Say No! To Architecture has been around the traps, in and out of the shadows, for a number of years now, but is unearthing a double LP of past and present jams. These bedroom ruminations swing from the bathetic Krautrock of 'Wieder's Floor' and the warehouse-cavern echo drawl of 'Bullet Proof Liquor Store MD' to the tinny psych pop whirl of 'Usses and Them' dark clattering cacophony of 'Cocaine Eh'. It's an excellent release that deserves heaped praise - the psych drone out closer of 'Fall In Love At Tape Mountain' is enthralling enough to drag you back time and again into this hypnotic wormhole of a record.

Precious Metal is another guise for Tom Crandles, Sydney wanderer of Colours and Au.Ra. It's an electronic ambient drone that coalesces around the grey tendrils of nighttime melancholia and narcotic come-downs, feeling arctic and wind-blasted before an insidious beat builds halfway through the mix to get the nodding head back up, glazed eyes taking focus. The slight rise of noise at the end isn't cathartic though - more of a hint to more to come. This could easily be a Not Not Fun mainstay - will be interesting to see how far Crandles pushes this. 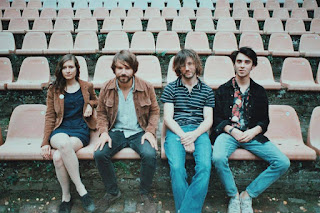 And we finish off in the Netherlands with the otherworldly garage pop of Eerie Wanda. The four-piece are releasing new album Hum in a couple weeks (out on the great Beyond Beyond Is beyond label no less), and it's a beguiling listen - deliberately controlled tempo, barely racing past a canter, delivered in a sonorous shroud as if from behind a mystical mist. It has the off-kilter ragged shuffle of Beat Happening alongside the ghostly afterprint of a Lynchian parlour band - hard to put down the strange energy permeating this band, but the result is captivating. Pre-order Hum here to get a blue spattered vinyl copy.