Hearing A Hum Opens Up The World 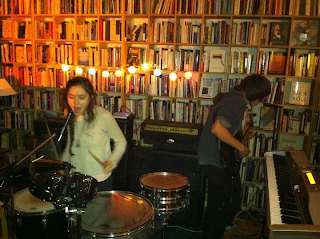 So I'm in Byron Bay, a spiritual place home to great festivals and hippies, both real and imagined. I love it here, despite the commercialism riding much of its appeal into the ground, and I cannot think of a better soundtrack than Hear Hums' latest, Opens.

Last year I was enamoured by Psyche Cycles, the 2nd LP from Floridian duo Hear Hums. In February they brought out Opens, another heady slice of tribal percussive psychedelia that revels in chants, moans, clicks, drones, chimes, beats, and swirling repetition. This kind of organic guff is fair play over at the Inner Islands stable, yet Opens sees Hear Hums truly transcend to another celestial realm. There are some organic connections to Icelandic troupe múm's brilliant 2nd album Finally We Are No One - you can picture yourself running naked through a fern-laden forest with them, running through ice cold and crystal clear brooks, and embracing life in its entirety. Not much can make you feel such elemental, core emotions, to want to revert to the basest of Self, but Hear Hums nail it. I apologise wholeheartedly to Mitch and Kenzie - they sent this to me ages ago, and I only got to it last month. This out-early-Animal Collectives early Animal Collective. Amazing stuff. And check out the live shot above - that looks like the best live show EVER. Seriously, I want to go to there. 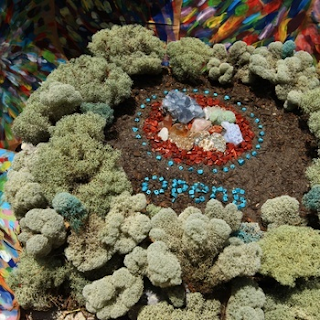 Opens is out now, this is life-affirming stuff, grab it this instant.