Pumping Out Babies In Ipswich 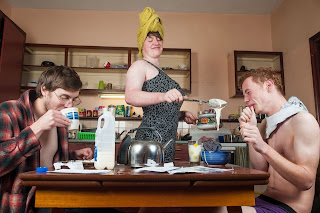 No, that title is not poking fun at the south-eastern town in Queensland, only half an hour away from where I write this post (although it easily could be a news headline - claws out!), but a reference to the debut record from New Zealand abrasive noiseniks Ipswich, called Baby Factory. Recently signed to Muzai Records, the trio have thrown a bilious record all over the musical world's favourite white shirt, wiped their face on the nearest shih tzu before necking paint thinner and lighting a match. It opens brutally with 'Oxymoron' and refuses to abate, even as it apes a more conventional sound palate on tracks like 'Haze'. This track alone shows how much Ipswich have grown since even their Living In A Strangers House EP less than a year ago. There is some great acid-drenched darkness going round the Great White Cloud - God Bows To Math's record was also brilliantly breakneck and revelling in its own bilge pump - and Baby Factory is doing its utmost to eviscerate all in its path. 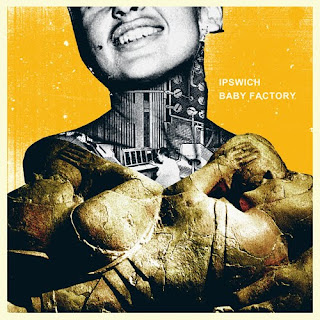 Baby Factory is out now - definitely grab it here.