Nevada label Slovenly Records run a pretty tight ship, and the four releases they launched upon the unsuspecting masses in lieu of their tenth birthday recently are killer, somehting like the Wicked Witch of the West's winged monkeys, except these fuckers bite hard and have ebola. 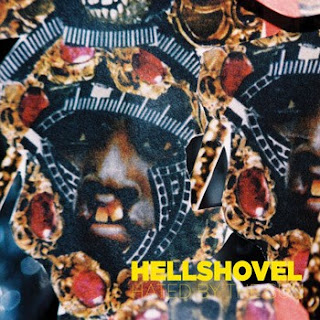 Let's kick off with Hated By The Sun, the debut record from Canadian bumpkin punks Hellshovel (unsurprisingly featuring members of King Khan & the Shrines. I love this warped Down Home style of rockabilly garage - it reminds me of Meth Teeth, except more awake and adept at their instruments. Don't get me wrong, these hillbilly hoedowns are medicated, but with more uppers than you can shake a rock bag at, plus the occasional lacings of LSD psych melts to ensure that there is no solid footing here. Impressive. 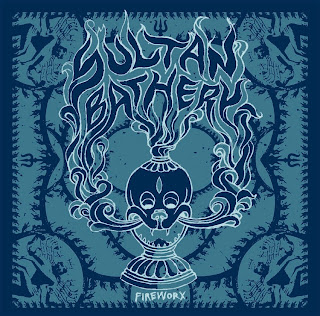 This next record is the first one of the batch I heard, and sucked me in entirely. The band: Sultan Bathery, an Italian trio addicted to Indian idolatry and backwoods fetishes marketed for the upper classes. The release: Fireworx, a 7" masterclass on gentrified swamp box swagger and sleaze. This Europhiliacs want to have their way with you, and they'll be damned if you won't enjoy yourself. 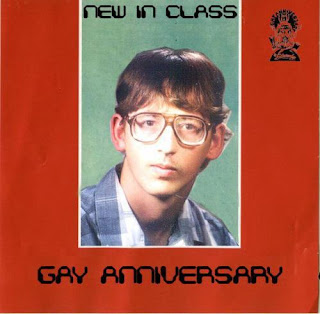 Next flavoursome international band to the plate is Gay Anniversary, a Greek outfit whose 10" New In Class record is a short bulb blast to the face. Consisting of screams, chants, rants, guitar squalls and one strapped out drum machine, this is visceral punk that annoys as much as it invigorates, which is precisely the point. The speed and violence on display will eviscerate. I expected to enjoy some of this - not thrashing the shit out of it. Nihilist sex on a sonic stick, yum yum. 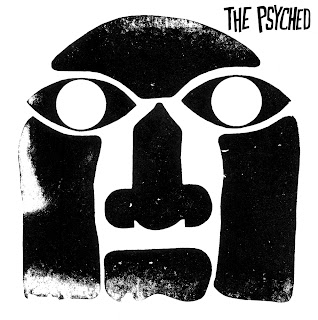 Rounding out these heavy hitters is The Psyched and their eponymous debut. This is 9 slabs of seriously dirty psych rock n roll - like resin-caked dirty. This is hair-flicking, lip-licking, disease-riddled rock, and you know it, but you can't resist because you know you'll have the best night of your life. A slow death is worth that, right? This Brooklyn duo don't care either way - just another chiselled notch on their bedpost of rock.

Get these four stellar releases here. If you don't have a great balltearer of a weekend after listening to these, you are dead to me.
Posted by Brendan T