Deacon's Got Thrush, And That's The Truth 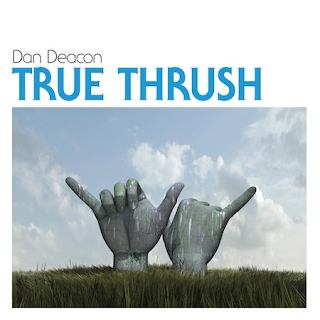 I woke up to the next cut of Baltimore aural alchemist Dan Deacon's upcoming album America. It's called 'True Thrush', and it's not as bombastic, kinetic or choral as first cut 'Lots'(although the clearer vocals and "ah ah"'s are still in prominence). It'll be interesting to see how people react to this record (his first on a major label, here being Domino), seeing as it seems much more polished yet carefully manufactured and manipulated than his last album Bromst. What are your thoughts???